Mobile World Congress has become the premiere stage for new phones and tablet introductions, and since Lenovo saves its Motorola portfolio for the latter half of the year, it's time for the first-party devices to shine. Well, shimmer. Perhaps "gleam" would be a better word. Out of five new phones and tablets introduced on the show floor, none of them are particularly mind-blowing, and the phones are unlikely to make it to stores in the US or Europe. Anyway, let's take it from the top:

The most high-end device announced at MWC is the Vibe K5 Plus, another entry in Lenovo's mid-range phone series. The biggest change over previous models is a full aluminum-clad body, and a pretty fetching one at that. The design isn't particularly original, but it matches the more expensive models from HTC, Samsung, and Apple in general style. The 5-inch screen uses a respectable 1080p IPS panel, and underneath is a Snapdragon 616 processor paired to 2GB of RAM. Storage is a rather predictable 16GB, but users can expand it with a MicroSD card slot, and there's a 2750mAh battery crammed into the 8.2mm-thin body. Cameras are 13MP on the rear and 5MP on the front. In addition to standard black/white/gold color options, the Vibe K5 Plus comes with "Dolby Atmos" stereo speakers and dual Nano-SIM card slots. 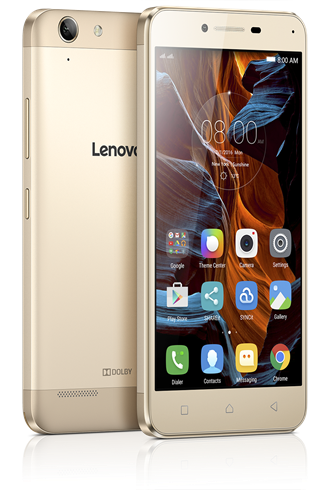 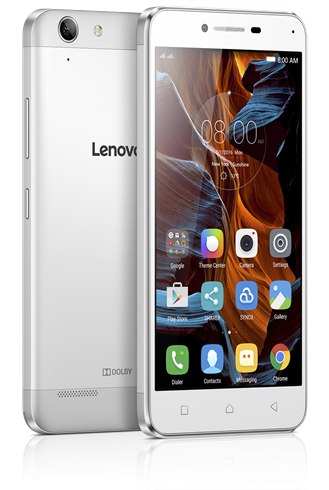 The Vibe K5, sans Plus, is a slightly lower-specced version of the same phone. It uses an identical body, storage capacity, RAM, battery, and camera configuration, but swaps the Snapdragon 616 for a Snapdragon 415 and uses a lower-resolution 720p panel for the 5-inch screen. Both phones run Lenovo's "I can certainly believe it's not iOS" skin over Android 5.1 Lollipop. The Vibe K5 Plus will retail for $149 USD (or equivalent local currency) when it's released in March, and the Vibe K5 will be just $129. Not bad for a full metal body and mid-range specs.

Lenovo's new Tab series is all about making conventional 7, 8, and 10-inch tablets as small as possible, shaving down bezels and weights to favor portability. The entry-level Tab3 7 is predictably low-end, with a MediaTek 1.0GHz quad-core processor, just 1GB of RAM, 16GB of storage plus a MicroSD card slot, and a 5MP/2MP camera setup. The screen is particularly cringe-inducing with a 1024x600 resolution - incidentally, the same panel that the original Galaxy Tab launched with almost six years ago. The tablet comes with a few odd premium features like dual-SIM LTE support and Android 6.0 software. The battery is 3450mAh in an 8.8mm-thick body, which is notably narrow at just 100mm wide.

The Tab3 8 is quite similar to its smaller brother, with the same processor and LTE options and a body that adds just .1mm in thickness and 25mm in girth for the larger screen and a 4290mAh battery. The screen is bumped up to a more respectable 1280x800 panel, and depending upon the configuration it will come with either 1GB or 2GB of RAM. It shares the same Android 6.0 software build, 5MP/2MP cameras, and "Atmos" stereo speakers. The Tab3 7 will cost $129 for the LTE-Wi-Fi model (no word on the price for a Wi-Fi only version), and the Tab3 8 will cost $99 or $149 for Wi-Fi and LTE flavors, respectively. Both are expected to ship in June.

The largest entry in the Tab3 series is also the most interesting, if only because the Tab3 10 gets a "Business" suffix bolted onto the name. The 10.1" screen is 1920x1200 with dual speakers and Gorilla Glass, and customers can add on an external Bluetooth keyboard that comes with a kickstand - hence the "Business" moniker. The body is allegedly dust-proof and splash-proof as well. The cameras have been upgraded to 8MP on the rear and 3MP on the front, RAM is 2 or 3GB, and storage is bumped to 32 or 64 gigs plus a MicroSD card slot. But that's about where the "premium" features end - it still uses a MediaTek 1.3GHz quad-core processor, and strangely LTE is limited to a single SIM card. The battery is 7000mAh, and it's also running Android 6.0. The Tab3 10 Business will be sold for $199 for the Wi-Fi version, $249 for the 2GB LTE version, and $299 for the 3GB LTE version, starting in June. There's no mention of price for the keyboard accessory.

Lenovo isn't forthcoming on exactly which countries will get which devices, but expect the phones to sell primarily in China and other Asian markets. The Tab3 tablets may get wider releases since they're quite competitive on price (forming the lower end of Lenovo's tablet portfolio, with Windows models on the upper end). There's no mention of new entries in the Yoga tablet series, or at least no new models equipped with Android.