OneDrive, Microsoft's cloud storage solution, is a nice alternative (or additional) option to Google Drive. The Android app has offered automatic photo uploads since Feburary 2014 when it was rebranded from Skydrive. However, for the past two years that the feature has been available, it has suffered from one major limitation: no automatic uploads from any folder except your camera roll.

This meant that if you used another camera application that stored its photos on another folder or if you had saved or received photos from other applications (say WhatsApp or Facebook Messenger or via email, etc...) or even if you had images on an SD card, you couldn't back them up. The limitation lifts today with version 3.9 of OneDrive which finally enables backups from all folders and, like Google Photos' equivalent feature, notifies you when it detects a new folder with photos on your device and asks if you want to automatically save those to your OneDrive. 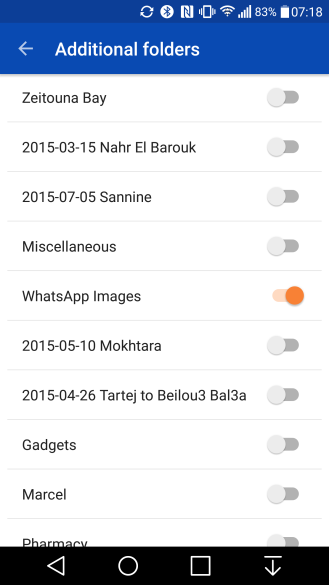 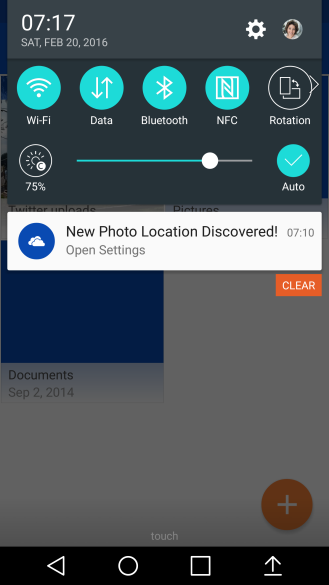 The option is accessible under Settings > Camera upload > Additional folders and has a list of all photo containing folders on your device in a weird order (which appears to be by creation date but would have been better being alphabetical). You can enable backups for one or several folders individually and all images contained in them will be sent to your OneDrive account.

What's New in Version 3.9:
• Use a variety of apps to create photos and videos on your device? No problem! The OneDrive app can now automatically upload them from the locations you select.
• Have an SD Card with your photos stored on them? Plug it in and OneDrive can upload them up for you.

The feature was being tested for a short while with the OneDrive beta community but it's now live for everyone on the Play Store. You can also grab it from APK Mirror if you prefer to manually download your apps.

One And A Half Years Later, The Plastc Card Remains Delayed And Incomplete