You might think that the field is too crowded for people to make more social networks, and you would be wrong. Peach debuted at this year's CES as an iOS-only messaging app that sought to differentiate itself from the Facebooks and the Twitters of the world. Instead, it's more of an instant messenger. And now it's available for Android.

Peach comes from Dom Hoffman, co-founder of Vine. The app provides users with a supposedly more lively way to communicate with their friends relative to simple texting. Certain words, so-called magic words, bring up contextual information. Typing "weather" shares the weather, while "move" inserts how many steps taken today. You can share GIFs using "gif," doodle something with "draw,' and decide who has to cover the meal this time by typing "dice" to roll a virtual dice.

You have a profile page, and you can make posts to it like on any other social network. Consolidating everyone's messages onto each others' screens just isn't a focus for Peach. It's too peach.cool for that. You communicate specifically with the people you take interest in. Like an instant messaging client, your friends list is your home screen. 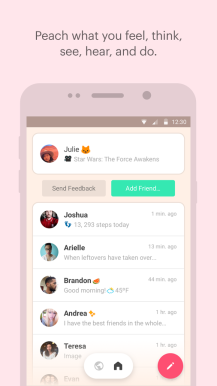 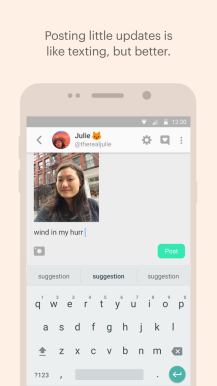 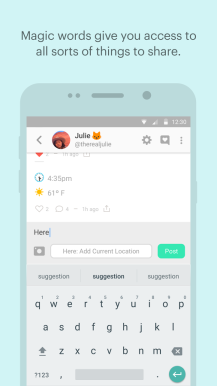 At a time when people are increasingly viewing social networks as not all that social, Peach pitches itself as a way to communicate in a more personal way. You can decide that for yourself by downloading the peachy new app from the link below. 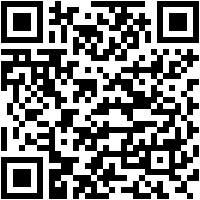 Wait, are we allowed to via Liam Spradlin?