The hype train can't be derailed. With just a few days until the Galaxy S7 is announced, there are plenty of leaks to go around. The latest from SamMobile includes a more detailed look at this phone's specs. According to the leak, the GS7 will indeed have a 12MP camera sensor as previously rumored, and the speaker will have 1.2W of power.

The camera sensor will be lower resolution than the 16MP GS6 module, but according to the leak, the sensor will be larger at 1/2.5-inches and pixels of at least 1.4 microns. That sounds awfully similar to the sensor in the new Nexus phones. The speaker is supposed to be improved this year, but I should point out the GS6 had a 1.2W speaker as well. Also mentioned are the specs we've heard a few times including a Snapdragon 820, QHD AMOLED (5.1-inch for the regular S7 and 5.5-inch for the Edge), IP67 water-resistance, a pressure-sensitive screen, and Android 6.0. 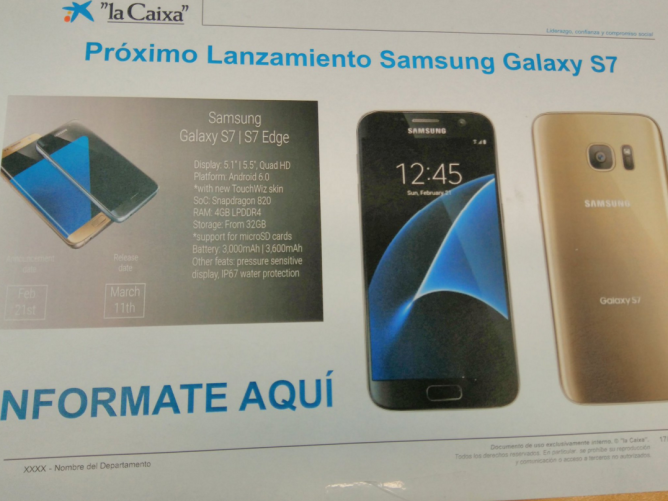 Another piece of info provided to SamMobile lists March 11th as the launch date for the phone. That's in-line with what we've heard in the past. Samsung is announcing the GS7 on Sunday, so stay tuned.

One And A Half Years Later, The Plastc Card Remains Delayed And Incomplete