LG is sticking to its guns when it comes to offering removable batteries in its phones, but the way it's going about that with the G5 is unusual. All the leaks we've seen thus far show a seemingly unibody device, but now we have a better idea how the battery slides in from a post on Weibo. A user there has posted a picture of the battery and what appears to be the cap from the bottom of the phone. This might be part of LG's rumored "Magic Slot" system. 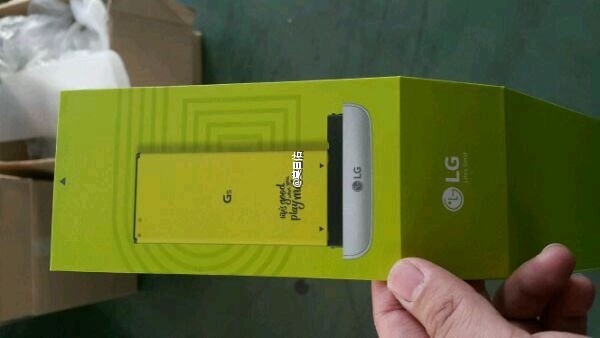 If you remember a few weeks ago, Cnet Korea had a render of the battery from the G5 very much like this. You simply detatch the bottom section of the phone, and the battery slots in. It's a bit more elegant than taking the whole back cover off to access the battery. Presumably this will also have something to do with LG's rumored Magic Slot attachments. Note how the battery is shifted over to one side. Maybe the microSD is on the other side?

The post also claims the battery capacity is 4,000mAh. That would be a substantial increase from the 3,000mAh LG has used for the last several years. Just a few more days and we'll get a closer look at this contraption.