Some people consider virtual reality exciting. Full disclosure: I'm not one of those people. The idea of shoving a screen inches from my face and combining that with sensory deprivation sounds closer to punishment than fun.

The 2VR Kickstarter project addresses one of those issues. In doing so, it doesn't turn VR into something you can experience without having to block out the rest of the world. Instead, it shows off a compromised experience that is neither immersive enough for VR nor transparent enough to use in public.

The latter is Stimuli's goal, to create an affordable headset that doesn't look like something you would be either too embarrassed or so encumbered to wear on the street. To achieve this, the creators have come up with a pair of circular black glasses with hooks on the front. These hooks hold your phone.

On paper, the 2VR sounds like a product that would look better in public. On a table, the glasses may even look more visually appealing. But in practice, you're just someone who's so intent on walking around with your eyes glued to your phone that you're willing to attach hooks to your face so you can give your hands a rest.

Stimuli's headset doesn't block out light in any way, so that will impact your ability to feel as though you've been transported to another place. The only things separating the 2VR from holding a phone in front of your face are two freed up hands and the two biconvex lenses. 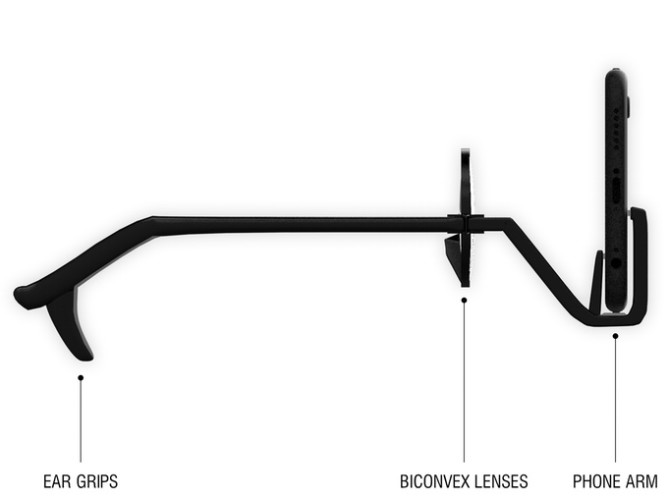 I can see the 2VR having the most use for people pursuing an augmented reality experience. Combining the glasses with an app that lets you see through your phone using the rear camera results in a usable product that is only marginally less awkward in public than Google Glass. Even despite crippling your phone's battery life, you may get a longer lasting experience as well.

The 2VR isn't the first virtual reality headset to take this approach. Google recommends two models, the C1-GLASS and the HOMIDO MINI, that don't block out your peripheral vision. The 2VR is simply the one that doesn't look like a toy. It's a pair of glasses for adults that you can get for a pledge of $17 or more (the $15 pledges are all gone). Estimated delivery is June 2016, and shipping is included for orders in the US.

There are 34 days left to contribute to the project. But despite the promise of a headset you could use in public, I imagine most people who back 2VR will ultimately end up at home looking like this. 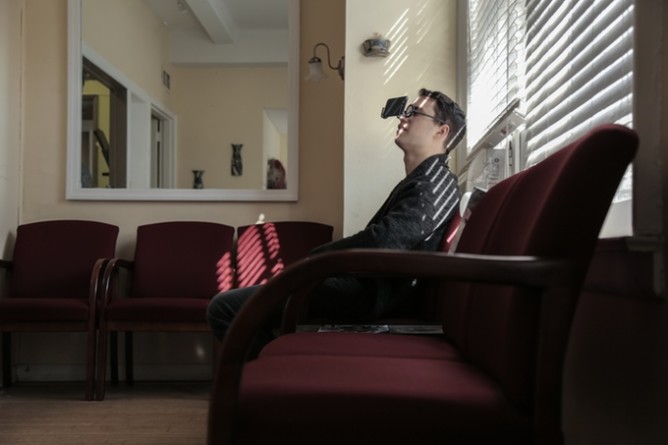 Facebook May Be Planning On Pushing Ads In Messenger