Consolidation is in the air. Fandango, the company behind that app or site you load up to order movie tickets online, has decided to purchase both Flixster and Rotten Tomatoes. This will give Fandango greater influence over which movies you discover, develop interest in, and ultimately watch.

Rotten Tomatoes is a well-known way to gauge how critics and general viewers alike feel about any given film. Flixster is a service for coming across movies and seeing what catches your interest. Neither brand is going away as a part of this acquisition, though Flixster isn't part of the purchase. The service will transition its users to Fandango's new on-demand product later this year before closing.

Fandango is apparently sitting on a pile of cash after experiencing an 81% increase in ticket sales in the US last year and also surpassing a billion visits to its site. The company expanded into Latin America in November with the purchase of Brazil's largest online ticketer, Ingresso.com.

To really follow the cash, though, is a bit more confusing. Fandango is an NBC subsidiary, which itself is a part of Comcast. Time Warner sold Rotten Tomatoes and Flixster in exchange for a minority ownership stake in Fandango. So really, you're buying your tickets and getting movie recommendations from Comcast.

Below are links to the Android apps that are making their way under the Fandango umbrella, though not all of them will stick around.. 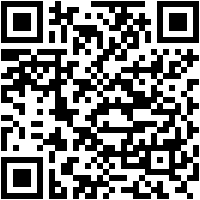 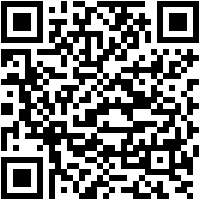 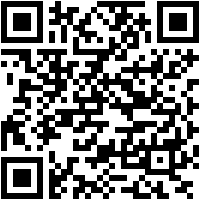 LOS ANGELES--(BUSINESS WIRE)--Fandango, the nation’s leading digital platform serving consumers across the entire movie lifecycle, announced today it has signed an agreement to acquire Flixster and Rotten Tomatoes, which includes the world famous professional movie critic rating tool, the Tomatometer™, from Warner Bros. Entertainment. The addition of Flixster and Rotten Tomatoes, along with Fandango’s recent acquisition of on-demand video service, M-GO, will expand the company’s theatrical ticketing business and create the industry’s premier digital network for all things movies.

“Bringing these properties together into a single, integrated portfolio creates an opportunity to truly accelerate innovation in movie discovery and ticketing, making moviegoing an even more compelling experience.”

Flixster and Rotten Tomatoes, which reach 20 million unique visitors per month, will remain consumer-facing brands. With this acquisition, Fandango’s combined audience reach will grow to more than 63 million* unique visitors per month and offer consumers the most comprehensive resource for movie information, theatrical ticketing, video content for movie discovery, and home entertainment. As part of the deal, Warner Bros. Entertainment will take a minority ownership stake in Fandango and serve as an ongoing strategic partner. Fandango will continue to operate as a unit of NBCUniversal.

“Flixster and Rotten Tomatoes are invaluable resources for movie fans, and we look forward to growing these successful properties, driving more theatrical ticketing and super-serving consumers with all their movie needs,” said Fandango President Paul Yanover. “Our new expanded network will offer unparalleled capabilities for all of our exhibition, studio and promotional partners to reach a massive entertainment audience with innovative marketing and ticketing solutions that benefit from original content, home entertainment products, ‘super tickets,’ gifts with purchase, and other new promotional opportunities,” he added.

Known as a highly trusted measurement of quality, Rotten Tomatoes is the most popular online aggregator of theatrical and in-home movie and TV reviews from professional critics and fans. Rotten Tomatoes offers the most complete guide to what’s fresh, through its Tomatometer™ rating, which represents the percentage of positive professional reviews for a given film or television show.

Flixster is a leading website and mobile app for discovering movies, with more than 50 million app installs. Consumers can find valuable movie information and check out audience and critic ratings and reviews, courtesy of the Tomatometer. Fandango will be extending its ticketing capabilities to the Flixster app in the coming months. Together, Flixster and Fandango’s mobile app downloads total more than 100 million.

“Combining the expertise and assets of Fandango, Flixster and Rotten Tomatoes will create an incredible resource for consumers to fulfill all their moviegoing needs,” said Thomas Gewecke, Chief Digital Officer and Executive Vice President, Strategy and Business Development, Warner Bros. “Bringing these properties together into a single, integrated portfolio creates an opportunity to truly accelerate innovation in movie discovery and ticketing, making moviegoing an even more compelling experience.”

Flixster Video, the home entertainment and digital video redemption service, is not included in the transaction, but is expected to transition its users to Fandango’s new video on-demand service later this year, and will sunset thereafter.

In January, Fandango acquired M-GO, a leading digital distributor of new release and catalog movies to a wide variety of connected, over-the-top (OTT) and mobile devices including Android, iOS, Samsung, LG, Roku, and others. With M-GO, Fandango plans to work with exhibitors and studios to build streamlined solutions for “super tickets” and other theatrical ticketing and home entertainment products. M-GO will be rebranded later this year and become part of Fandango’s digital network.

Fandango had a record-breaking year in 2015, with 81% growth in U.S. ticketing and for the first time in a single year, Fandango received more than 1 billion visits. Fandango Movieclips added 4 million new subscribers to its network of nearly 13 million, and generated a total of 4.5 billion video views, a 54% increase year-over-year.

Fandango also made its first move internationally into Latin America, acquiring Brazil’s largest online ticketer, Ingresso.com, in November 2015. Brazil has a leading moviegoing population, accounting for 40% of Latin American box office in 2014, according to Rentrak. The country represents the largest market in South America and the world’s 11th largest theatrical market, according to the Motion Picture Association of America. The MPAA predicts that Brazil will constitute the world’s fifth largest market by the end of 2020.

*Fandango and Flixster’s combined non-duplicated audience, according to comScore December 2015.

Minecraft Pocket Edition 0.14.0 Enters The Play Store Dressed As A Witch With Cauldron-Powered ...