Archos has kind of fallen off the radar in terms of tablet sales. Maybe it's different in Europe (Archos is a French company), but these days you won't see any of its products on American shelves. And considering the relative paucity of Android tablets in general as of late, that's a shame. Especially when you hear that Archos is making three new tablets at a variety of sizes and, miracle of miracles, they're all running the latest version of Android at launch.

So it is with the new Oxygen series of tablets: the 70, 80, and 101b at 7-inch, 8-inch, and 10.1-inches, respectively. They're all pretty basic in terms of specifications, but not unreasonably priced for that. All three models use a somewhat underpowered MediaTek 1.3GHz quad-core processor and 2GB of RAM, which should run Android 6.0 just fine even if they don't break any speed records. All three use 16GB of storage (no mention of MicroSD card support), 5MP rear cameras with LED flash, and a 2MP front-facing camera. The two smaller tablets use a 16:10 1920x1200 IPS screen, while the 101b gets a tiny bit more resolution with 1920x1280. All three are quite thin at 8mm on the Z-axis, though the batteries are a bit lacking at 3000mAh, 4500mAh, and 6000mAh in ascending order. 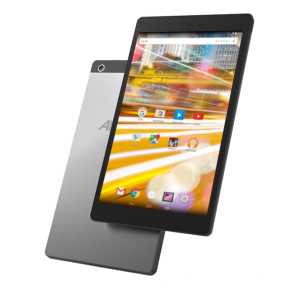 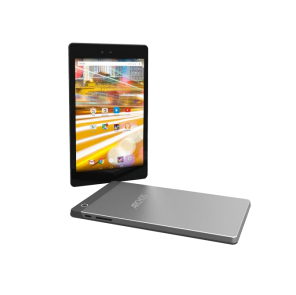 [Editor's note: apologies for the small images - they're the only ones that were included in the Archos press release.]

London, February 16th 2016 - Today, and after announcing the arrival of the 50d Oxygen smartphone, the French brand ARCHOS is revealing a new high-end line up of Oxygen tablets “The company’s new high-end Oxygen products, powered by great new technologies, will empower our customers to choose reasonably priced, quality products”, says ARCHOS’ CEO, Loic Poirier. “We are proud to be one of the forerunners in the portable technology market, but we also continually put ourselves into question and perpetually aim to provide innovative, robustly specked and aesthetically beautiful products and that is what we have done with the Oxygen tablets”. Full HD available in three screen sizes for augmented reality The new Oxygen tablets will be available in three sizes - 7”, 8” and 10.1” - all with an elegant and robust aluminum back casing. With the Full HD resolution, videos become more life-like than ever before, images have greater crispness and detail while text is simply sharper. The state-of-the-art tablets will come equipped with an outstanding IPS screen, providing the user with amazing image quality and extra wide viewing angles. 2 GB of RAM and a powerful Quad-core processor for optimized performance Powered by an A53 generation MTK8163 quad-core processor running at 1.3 GHz and backed by 2 GB of RAM, the ARCHOS Oxygen tablets will fit all users’ needs. Capable of running applications, games and movies in Full HD, this processor doesn’t sacrifice performance for battery life. Optimized for longer use, the 8” tablet has 4500 mAh while the 10.1” has 6000 mAh. Newest Android version for enhanced use The new Oxygen tablets come with Android 6.0 Marshmallow, the latest Android version that enhances user experience and improves system performance. Providing an ease of use as well as innovative features such as Google Now on Tab, Marshmallow will make the Oxygen tablets must-haves from the ARCHOS family. Fully Google certified, they include the best apps from Google - Maps, Gmail, Drive, Google Now and more - as well as access to over 1.4 millions apps, games, books and more on Google Play Store. Available in May 2016 Available in May 2016, the Oxygen products, priced from £75, bring together a dazzling display, powerful processors and RAM, in addition to the latest design and Android features to provide users with a new sense of reality at an affordable price. From February 22nd to the 25th, the new Oxygen tablets will be on display at ARCHOS’s booth - Hall 1 booth 1G29 - at Mobile World Congress

[Deal Alert] Spotify Is Giving Away A Free Chromecast If You Buy 3 Months Of Premium (Plus ...