Trivia games are a dime a dozen on Android, but good and popular trivia games that you can play against lots of friends and multiple opponents are a lot harder to find. Trivia Crack has amassed over 100M downloads on Android for its free version and more than 100,000 for its ad-free version, so you're bound to find a lot of users to battle against.

The game revolves around 6 categories, with hundreds of thousands of questions, and you can either challenge an opponent or play for the crown, all with the option to chat with them while the game is going. It looks fun. I'm downloading it right now, but I'm going to try to exert some self control when I try it: this kind of game usually sucks my whole day. The reason I couldn't resist grabbing it though is that the price is reduced to $0.10 in the US and almost a no-brainer to buy. It's also down to CAD 0.20 in Canada, AUS 0.10 in Australia, GBP 0.10 in the UK, and EUR 0.10 in France, Germany, Italy, and plenty of other European countries.

The price reduction isn't worldwide though, so if you live somewhere where you don't usually see those $0.10 (or equivalent thereof) prices on any of the deals we've posted before, you'll likely be out of this one too. Instead, you'll have the original price of around $2.99. 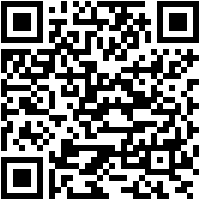