The announcement is more than a little cheeky, too - LG's PR post is sub-titled "Introducing a Case for a Smartphone That Does Not Officially Exist." A cynical blogger might expect that it's bait for some free pre-announcement buzz... so I suppose it worked. Aside from mentioning a "glossy metallic finish" and integration with the always-on display, there's no clue as to the more technical aspects of the phone. You can see the shape of the case, but that's about it, and it's not as if "rounded rectangle" is any great revelation. 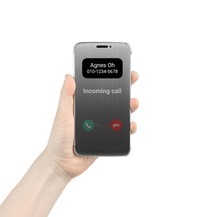 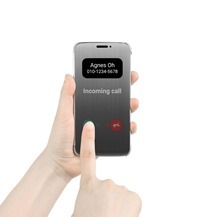 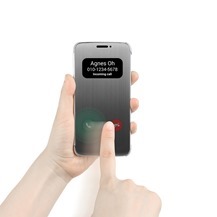 Supported cover functions will include calls and alarms, as well as the time, date, and notification views that are typical of windowed cases. Prices and dates are notably absent, but these first-party covers tend to sell for $50 or more, and are usually available on launch day or soon after.