If you load the Google Keep web interface this morning, you'll probably get a helpful blue update box at the top. This box informs you of a new feature in Keep for web and Android—centralized settings. Yes, this is something Keep did not have before, and technically the app still doesn't. We expect an update soon, but it's live online already.

Previously, you could change the list and reminder settings for individual notes by using the overflow menu and going to "List settings." Now these same options are available in the nav menu under the generic settings label. The settings control how checked items behave and what times are considered morning, afternoon, and night for reminders. This will affect all your lists on both mobile and web. You can do it right now on the web UI and hopefully very soon in the app. 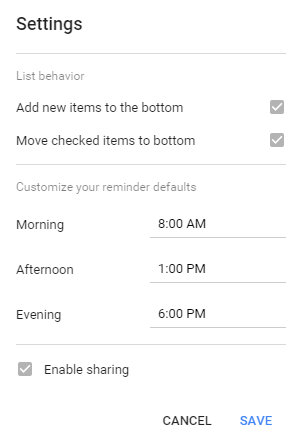 It's update Wednesday, so I wouldn't be surprised to see a new version of Keep drop with this feature in a few hours. We'll update when and if that APK shows up.

As expected, Google has pushed a new version of the Keep app that has the settings mentioned above. You can grab the updated app from APK Mirror in standard and ARM64 format. 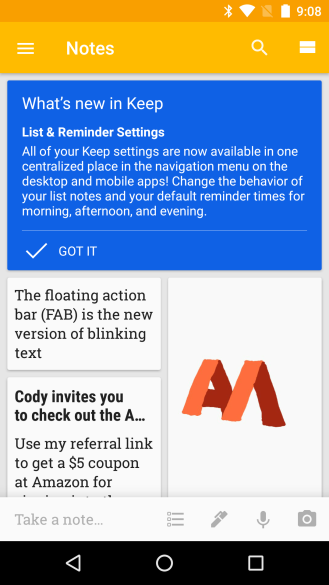 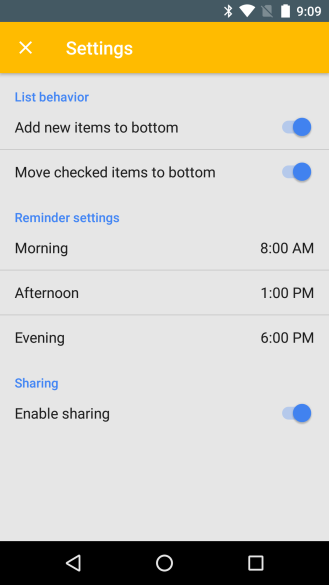