This week's updates are rolling out and Google Maps is among the first to bring something new to the screen. Version 9.20 doesn't seem to have any huge features, but there are some very notable improvements. A shortcut has been added to the Timeline to allow for quickly adding a place to your history, there's now a setting to control whether turn-by-turn instructions are given during voice calls, and Maps will now pair your reviews with any pictures you've submitted.

The official changelog for this Maps update has been posted to the Play Store. It's actually missing most of the changes we have here, but I suppose some of them may not be

• Callouts for the current street/road and next turn in navigation
• Walking man becomes a hiker on Directions screen when distance is far
• Suggestions for editing Home and Work now include points of interests, in addition to addresses 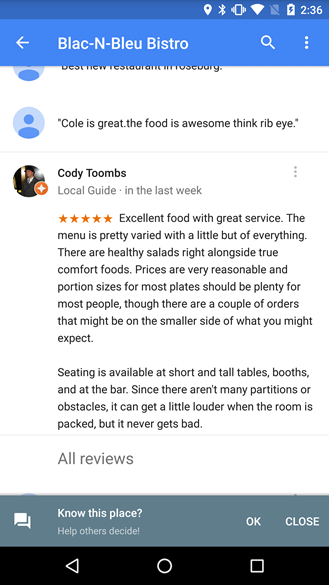 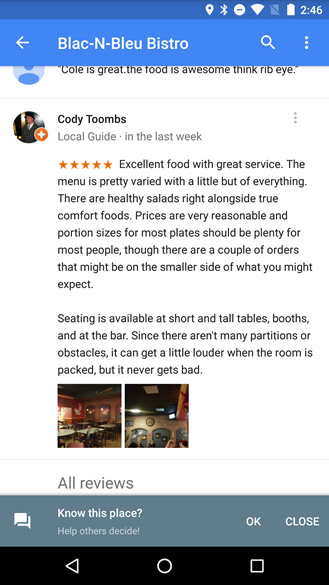 (Forgive the hasty review, I'll clean it up later.)

If a picture is worth a thousand words, putting pictures and words must be worth way more. Right? The latest update to Google Maps might just answer that by pairing our reviews with photos we've submitted for the same location. Reviewers now have an opportunity to tell more of a story about their experience, particularly for conveying things like serving size at a restaurant, ambiance in a lounge, or how packed it can get at a nightclub.

Your photos will show up beneath your reviews both in the list of reviews for a location or business (shown above) and in the list of your contributions, so other viewers should always see the two together as long as they're updated. – Thanks, Chakravarthy Ashok. 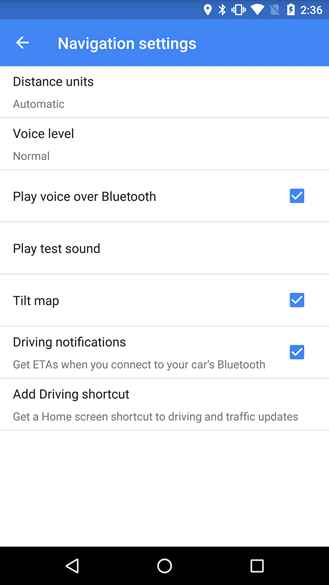 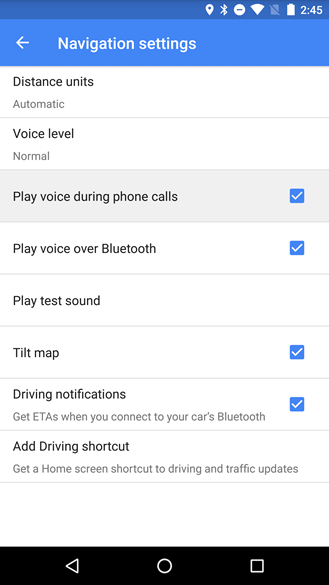 If you're on a phone call while driving–hopefully on speakerphone–you might not want to have Google Maps calling out directions every time you've got to make an obvious turn. You can always mute the instructions using the recently added audio toggles, but that's a transient change that you'll have to switch back and forth. The new update gives another option, a single toggle that can be used to turn off those directions when you've got a voice call.

The option is located under Settings -> Navigation Settings -> Play voice during phone calls. It is enabled by default, so just switch off the checkbox if listening to two voices at once isn't doing it for you. 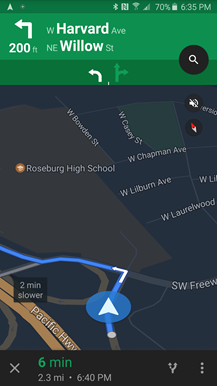 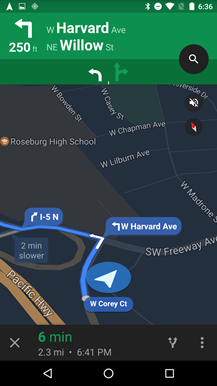 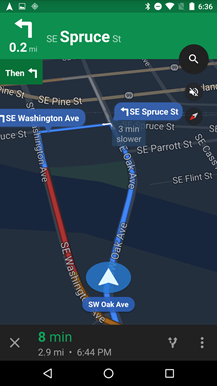 Another improvement to Navigation comes in the form of brand new signage as you drive. Instead of just showing the lines you're supposed to turn on with disconnected names at the top of the screen, Maps now shows the names of streets and exits for your turns. The screenshots above demonstrate the point better than words can.

This should make it easier to traverse some of the edge cases that tend to lead to wrong turns, like awkwardly arranged intersections, multiple streets that are very close together, or a chain of very short turns. – Thanks, Anthony Maki.

Add A Place To Your Timeline 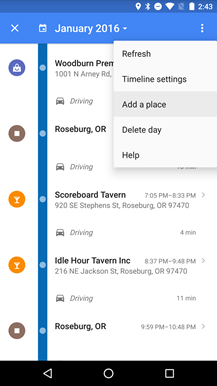 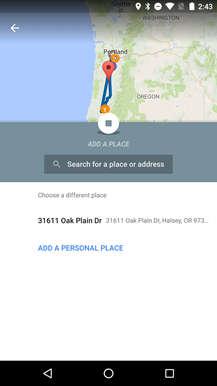 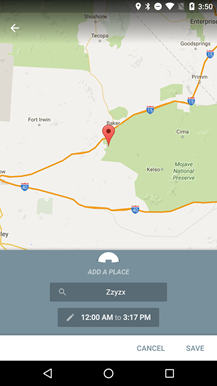 The Timeline has always been a bit of a mixed bag. It was great for keeping track of where you've been, but had a habit of being inflexible. Over time it stretched out a bit and allowed us to confirm our whereabouts when they weren't completely clear, make slight corrections to a nearby business when Google's guess is off by a bit, or delete a stop altogether. The latest version gives us the final action to complete the puzzle: adding a stop.

Take a look under the overflow menu on the Timeline page and a new option is available with the name "Add a place." You can search for a business or pick one from the list provided, or add a personal place (as a label) for a friend's house or other non-official location. Once a spot is chosen, a date and time can also be set. This isn't going to change the map of where your phone traveled, so it won't fool somebody that knows to look closely, but it's good for making corrections or adding multiple stops when only one is detected.

Note: The link above only leads to the 64-bit ARM-compatible version intended for very high-res screens. More versions are likely to arrive shortly, so keep an eye on APK Mirror.