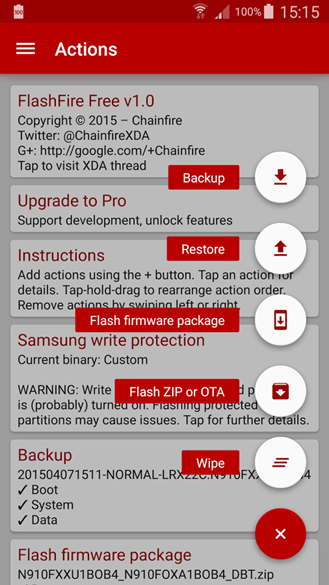 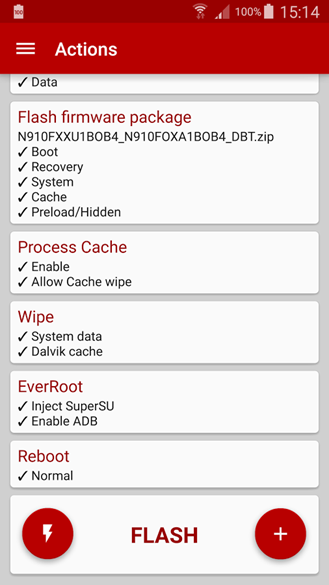 FlashFire was originally built to flash full firmware images and update ZIPs (like those you install through recovery), and to back up or restore your device. But the latest round of updates (v0.26 and v0.27) adds a whole new direction to the app: it can now seamlessly manage the installation of official OTA packages, all while maintaining root. Combined with the newly added support for Android 6.0 and SuperSU's 'systemless' root, FlashFire can go through the steps of restoring an original boot.img, flash an OTA package, and then re-root the new boot.img. It can also take care of backing up an original boot.img so you don't have to.

Basically, if you want to root a Nexus device (or many other OEM flavors), and still install new updates as they roll out, FlashFire will do the trick. Be aware, OTAs still require an unmodified /system partition, or they can't be installed safely.

When a notification for an update appears, make sure it has been downloaded, but don't run the regular system installer. Instead, just launch FlashFire–it will detect the package and offer to take care of the rest. The steps for the update procedure are generated automatically, but you can modify them if you like.

FlashFire was originally designed for Nexus and Samsung devices, but should now work with many of the currently available brands. The 0.27 update has added several new safety checks to curtail potential issues, but like any tool of this nature, there are some risks involved with flashing and modifying firmware. For full details, take a look at Chainfire's posts about the latest versions here and here, then head over to the support thread on XDA for further reading. But first, you may want to sign up for the FlashFire testing program since it can take a few hours for Google to grant access to your account.

[Weekend Poll] Where Do You Prefer The Headphone Jack - Top Or Bottom?