With gigantic screens and the extra internal space that goes along with them, Samsung's plus-sized flagship phones already offer large batteries: 3000mAh for both the Galaxy Note 5 and the Galaxy S6 Edge Plus. But for some that just isn't enough, and that's where third-party battery supplier ZeroLemon shines. Both phones have sealed battery compartments, but the usual work-around is to build a giant battery into an even more giant phone case. So it is with ZeroLemon's latest offerings: enormous 8500mAh battery-cases for both devices.

The math works out to almost 3X battery life on a fully-charged case, plus the runtime of the phone's internal battery, though the electrical inefficiency of the external battery system probably means it won't last quite that long. Even so, triple the normal runtime with the case and phone fully charged seems like a more than reasonable prediction. As usual with ZeroLemon designs, the case includes cutouts and tabs for all essential phone functions, and the pass-through charging port supports Qualcomm Quick Charge 2.0 (for the phone's battery, not the case's). It's all topped off with an external power button and an LED charge indicator. There's even a bump charging port that allows other devices to be charged from the external battery. 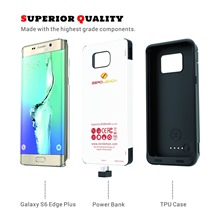 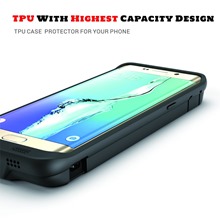 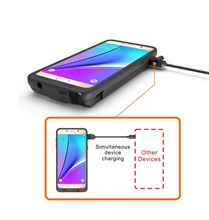 ZeroLemon says that the Note 5 case is 165.1 x 83 x 21.1mm, which more than triples the thickness of the phone and adds a significant bezel. Ditto for the Galaxy S6 Edge case. But that's a small price to pay for all that extra battery life. Whether or not the $59.99 retail price on Amazon (with free Prime shipping) is a small price is in the eye of the beholder.

Remember The Milk Gets A Huge v4.0 Update With New UI, Subtasks, Improved Sharing, And More