Microsoft has a big Bing theory about how people should use their Android devices. The theory is simple — Microsoft believes you should use your phone to use Bing. And to entice you, the company has revamped the app. When you tap that Bing icon, what you see will look something like this. 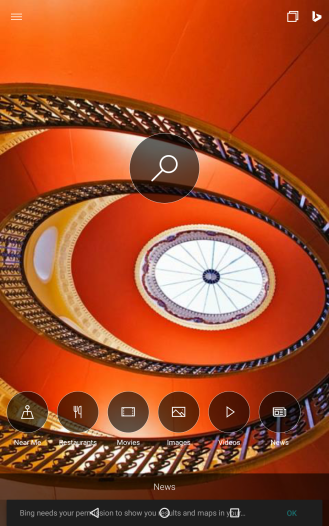 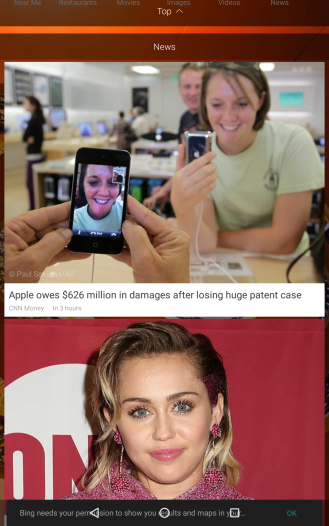 News stories hover below the screen by default, and you can tap any of the icons along the bottom to switch between restaurants, video, images, and other areas of the app.

Bing now lets you scan barcodes to pull up prices online, without needing to download a separate piece of software. Microsoft explicitly lists Amazon, Target, and Walmart as sources it pulls from. To access the feature, long press on the search icon and tap on the camera. 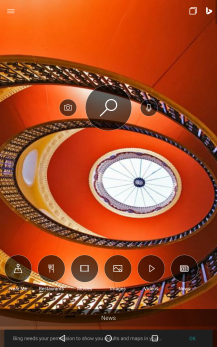 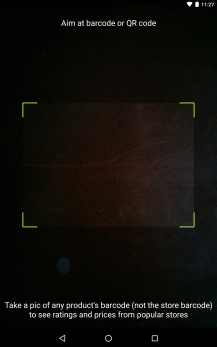 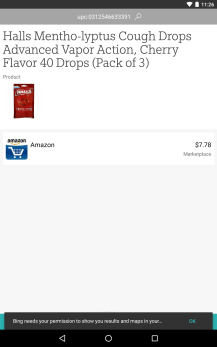 In the future, the Android app will show you deals in your area, a feature that has come to the iOS version. For now, Microsoft's search app has learned how to search your area for gas and show off prices. Bing will also pull up the station's address and open up a navigation app to send you on your way.

The changelog below lists more of the inclusions you can expect in this major Bing release.

• Redesigned homepage. One tap to see restaurants, movies, images, videos, maps, deals, attractions near you.
• More than just web search. Take action right away with the apps you trust, along with QR scanning, more-accessible privacy controls, Bing Rewards and more.
• Your stuff's still here. Your bookmarks, search history, Bing Rewards credits are all here. Tap the menu to find them.