It's not often that we post international deal alerts, but we do catch wind of a few every so often. If you've been looking for a good USB Type-C charger or cable to replace all your obsolete Micro USB ones lying around, then you're in luck. Choetech, a company that specializes in building batteries, chargers, cables, and other similar accessories, is running a sale on several of its products on Amazon US, CA, UK, DE, FR, and ES.

These are not just any cables — they've got Benson Leung's seal of approval. That basically means they're safe to use and are up to spec, unlike some other cables Benson has had the misfortune of testing out. This is the good stuff, so you can rest assured that they won't fry your hardware.

The discounts all require a coupon code, which expires on Saturday, February 6. 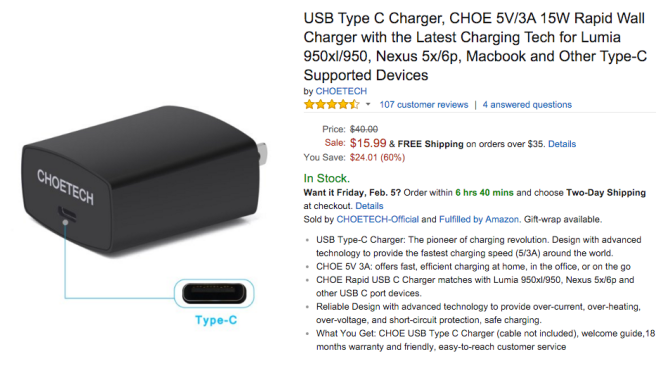 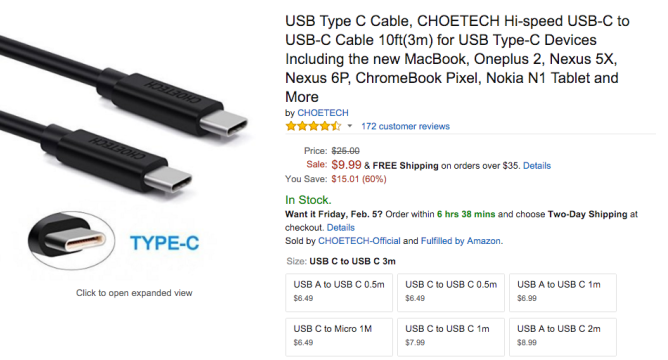 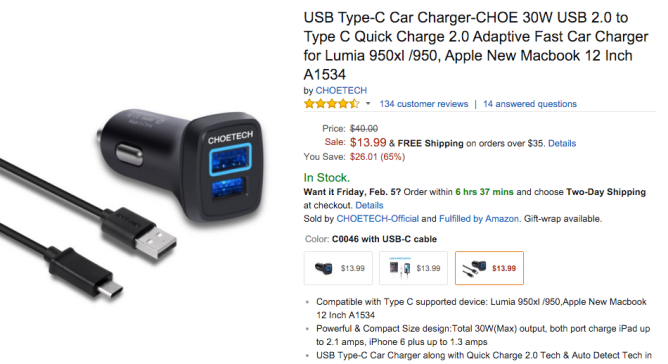 Be aware that for bundle deals, both items need to be placed in the cart for the discount code to apply.

These are some of the lowest prices you'll find for quality cables (the kind that won't melt your phone), so it may be worth taking advantage of the discount before it expires.

Google Photos v1.13 Adds Dropdown To Search Results For Quick Access To All Photos Taken On The ...

Square Enix's Adventures Of Mana (A Remake Of Final Fantasy Adventure) Lands In The Play Store ...