What's up, Square Enix? It's been over six months since you brought one of your classic RPGs out of mothballs for another round on Android. Since you're just about out of Final Fantasies and Dragon Quests (or at least entries of those franchises that will run on mobile hardware), I see you've jumped onto the Mana series. The first entry in the long-running action-RPG saga, which was actually released as "Final Fantasy Adventure" for the Game Boy a bit less than 25 years ago, is now available in the Play Store.

Adventures of Mana is technically a PlayStation Vita port, though you might not know it if you live outside of Japan - for some reason Square Enix didn't release the portable console version anywhere else. If you've played any of the older Mana series, you know how it goes: fast-paced fantasy combat with real-time controls is overlaid on a creative anime-inspired story that's been well-received by fans of the genre. Gameplay is top-down, as in the original version, but the graphics have been updated to the super-deformed 3D style that Square Enix prefers for portable RPGs. 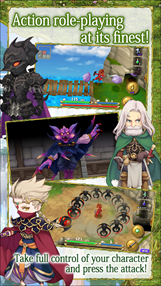 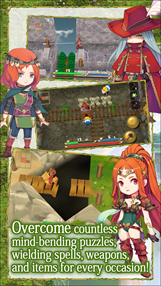 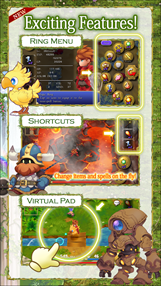 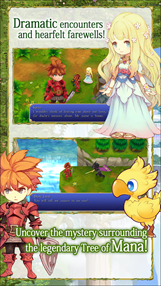 Unfortunately the usual drawbacks of Square Enix's mobile development apply here: the game won't run on Android TV hardware, and there's no mention of external controller support (see below). Given the fast-paced combat, that's even more of a blow than usual for a Squaresoft RPG. Adventures of Mana is predictably pricey at $14, but at least the developers haven't shoe-horned any in-app purchases into the classic title.

It looks like I was wrong about controller support - while the game wouldn't work with my NES30, I tried it with a generic Bluetooth controller and it does support physical buttons. Apologies for the confusion.