Thomas Was Alone isn't your typical platformer. The game immerses you in its world and forges an emotional bond between you and a rectangle. Yes, a rectangle. As you take charge of the different colorful geometric shapes inside the game, you embark on a journey through more than 100 levels (with 20 levels from the Benjamin's Flight expansion) that's beautifully narrated and deeply sentimental.

When Thomas Was Alone first launched on Android in 2014, it cost about $3.99, but the game has had its price dip on and off since then. Today sees one of its lowest discounts ever, with the price falling to $0.20 in the US. It's AUS $0.20 in Australia, CAD $0.20 in Canada, £0.10 in the UK, and €0.10 in France, Germany, Spain, and probably a few other European countries too. If you don't live in a country where prices occasionally fall that low, you'll likely see a regular discount to $0.99 or thereabout.

At either rate, the game is very well rated and definitely worth the price of admission. Grab it from the link below and go hang out with Thomas so he no longer feels alone, but beware that device compatibility is a little spotty so you may not be able to install it on all of your phones or tablets. 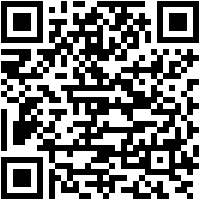