Amazon has been rolling out Amazon Prime Now, its local service for delivering goods from nearby retailers in hours instead of days, in a few cities in the US. In India there is no Amazon Prime, so the same service is simply referred to as Amazon Now. (Not to be confused with Google Now, which doesn't have anything to do with shopping.) There was already a dedicated app for the American version, but now the Indian model gets one too.

Unfortunately Amazon Now suffers from the same drawback as all local delivery services: a limited services area. It's currently only available in Bangalore, and even there, only in specific PIN codes (the Indian equivalent of zip codes). At the moment the retail partners are also somewhat limited, with only Big Bazaar, Reliance Fresh, Godrej Nature's Basket, BPCL In & Out, Food World, and Good Food supported. Deliveries are made within two hours, or scheduled for specific times on the day or day after, for the delivery service area. Both options are free, though that's only for the introduction period. 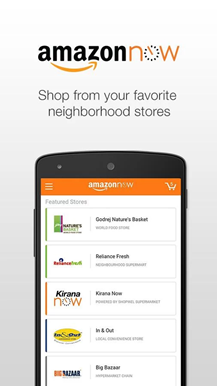 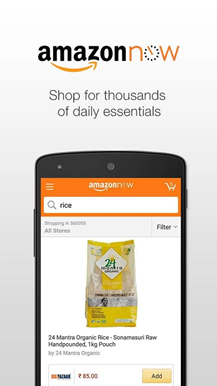 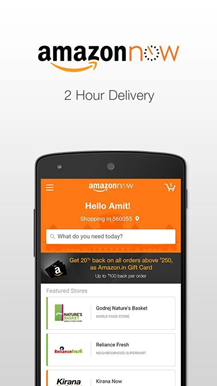 Assuming the initial rollout goes well, Amazon will probably expand Now to other large cities in India. Eventually it may come to other countries as well, though that's just speculation. 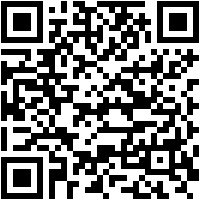