In an announcement, Reddit's CEO said that they are launching an official Android beta, which for the time being is a closed beta. Of course, these kinds of things have their way of ending up in the public eye. The current development version, similar in appearance to the screenshot an administrator posted back in September, boasts the full spectrum of capabilities that Redditors currently have to go to third-party offerings to get. 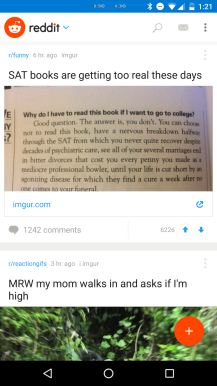 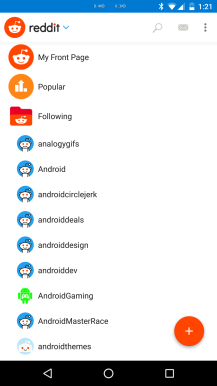 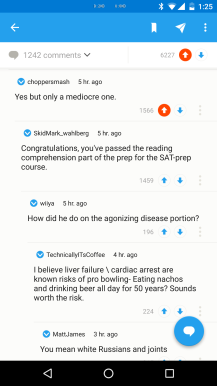 Being pretty late to the party, this beta doesn't bring anything mind-blowing to the table, at least at the current stage of its development. Aesthetics are pleasant and for the most part, it works. Features like collapsing comment threads that are a key convenience are there. You can go through subscribed subreddits and navigate in a few different ways.

Missing still is an efficient way to view images, which at this point just open up in the in-app browser. Generally speaking, tasks like opening links are pretty slow. Some details are odd, like the clashing color of the status bar that doesn't change regardless of context.

With all of that said, there is the blueprint for a nice app here. Many readers will be happy to hear that an optional night mode is included, though I anticipate owners of phones with AMOLED screens will be disappointed in the gray-ness. 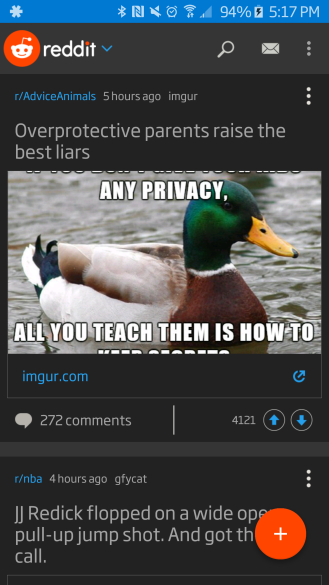 While the app isn't necessarily innovating in a big way, in its current state it isn't exactly bare bones, either. You have plenty of sorting options, the ability to browse your own posts and look through your messages, a compact view without photo thumbnails, and the ability to hide and/or blur NSFW posts.

Reddit's treatment of Alien Blue for iOS doesn't back this up, but many people like official apps because of the assumption that they will be maintained more diligently than others. As long as some necessary work is put in to finish things off, Reddit's official offering could very well leave many people without a need for alternatives.

Here are a few more first looks at the app: The file at APK Mirror has been removed at Reddit's request.