Just last week, users of Play Newsstand woke up to a newly redesigned article layout. An update to the apk began rolling out late yesterday that continues the visual adjustments, this time making changes to the content of the news feeds and categories. The highlights section has also been reordered to place leading stories right at the top so they're more accessible. As usual, you can grab the apk from a link at the bottom. 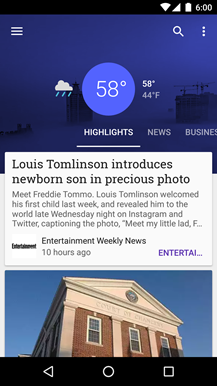 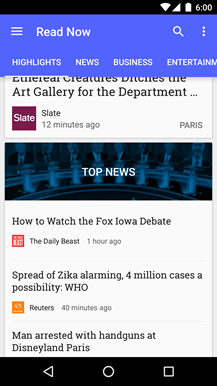 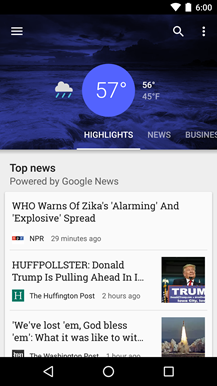 If you're a regular Newsstand user, you may be familiar with the "Top news" block that's usually hidden just below the first couple of articles in the Highlights category. As the name suggests, these are considered to be front page stories worth seeing right away. Version 3.5 sets things right by pushing that block of lead stories right to the top. This might come at the cost of a more aesthetically pleasing order since those full-width photos will fall below the fold, but it's probably worth it to get to the news that matters.

On the subject of aesthetics, the "Top news" section looks quite a bit different now. The full-width banner with a background has been replaced by a simple text header and now includes the words "Powered by Google News" between the title and the first article. I'm not sure if that text was added to promote Google News or if it's there out of an obligation to disclose which source made the determination that these were important stories, but in either case, it's a bit overstated. 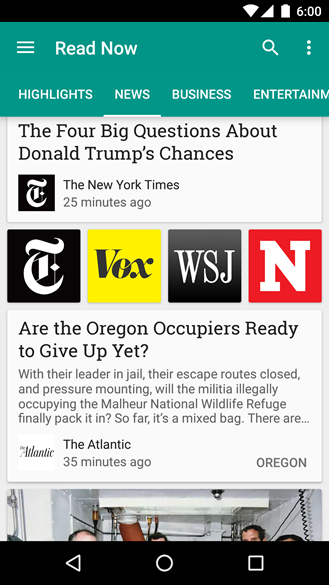 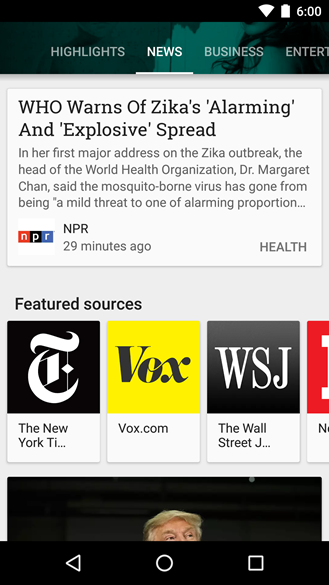 Venturing to other categories turns up one more minor change, this time to the "Featured sources" block. Publication logos have been made a bit larger and now sport their respective names just below. There's not much space for names, so the text is often cut off with no more than 8 or 9 letters in a row, but that's probably enough to recognize a name if its logo isn't familiar.

That seems to be it for this update, but keep an eye out for anything else that pops up.

[Deal Alert] Choetech Has Some Sweet Deals On A Couple Of QC 2.0 Charging Devices

T-Mobile Adds Amazon Video, WWE, And More To Binge On—Plus You Can Now Manage Binge On Via ...