BlackBerry is done with the ill-fated BlackBerry OS and is going all-in on Android. The company's first Android device, the PRIV, is now expanding beyond AT&T with a T-Mobile variant. It's on sale right this moment if you've got a hankering for some keyboarded smartphone action.

This is the same basic device you could previously get direct from BlackBerry or on AT&T. It has a Snapdragon 808, 3GB of RAM, Android 5.1, and a 5.4-inch curved 1440p AMOLED. The PRIV also has various BlackBerry security customizations, but the headlining feature is the slide-out portrait hardware keyboard. Some people still yearn for such things. 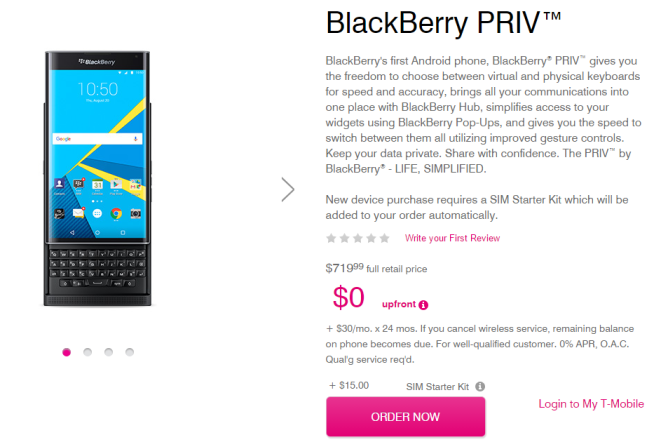 The PRIV on T-Mobile is priced at $719.99, which works out to $30 per month for two years. This gives T-Mobile customers a more affordable way to buy the phone, as opposed to buying BlackBerry's version at $700 upfront.