Spotify subscribers are in for a treat today as the company's awaited video and podcast service has gone live in the Android app. Spotify Now, the company's start screen "hub" sort of thing, now features video content in addition to the mood stations and other stuff it's had since it launched last year. Spotify's beta app has had video and podcast content for quite a while now through a long-standing A/B test (over six months), but today marks the wide rollout of the feature to non-beta users. Last September, the other major Spotify Now feature, Running, left beta as well.

What kind of videos do you get? Well, for the most part it appears to be television clips, though it looks like it's entirely up to content providers just how they want to use the service. For example, a bunch of Daily Show clips are in the app now, but no full episodes. 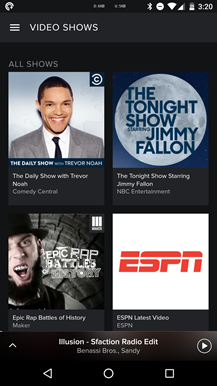 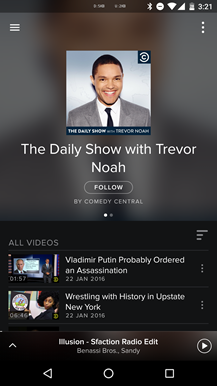 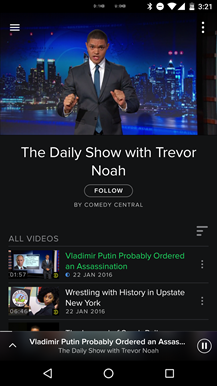 ABC, NBC, Comedy Central, the BBC, Conde Nast, Fusion, Maker Studio, TED, and Vice News were the named partners for the service when it was initially announced last May. 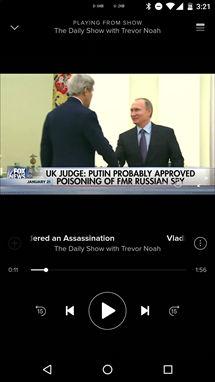 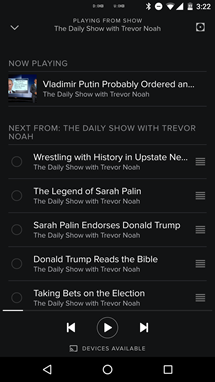 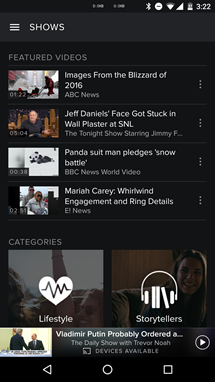 The icing on the cake? It's not out for iOS just yet (though some iOS users have been part of a limited test of it), so you can lord it over them for at least the next few days. If you want to learn more about Spotify Now, there's a big landing page with information here.

Metamorphabet Is A Beautiful App For Kids That Shows How Letters, Too, Can Grow Up To Be ...