Google Play Newsstand is gearing up to get an update, at least according to its Play Store listing on the web, but even though the new version is still on a slow rollout, another change is hitting the app. This one doesn't require an update and seems to have been server-triggered widely. At least 4 Android Police members are seeing it and we were able to confirm it shows up on other friends' devices too.

A new layout is greeting us on the article view of Newsstand. All other screens appear to be untouched, but if you open an article, you'll notice a few new things. The most notable is the title that now shows up centered with a small horizontal bar separating it from the site and author's names and date/time of publication. The latter have also been centered and the site's name now shows up in bold. Favicons that failed to load for some sites now load more consistently across the app, as is shown from our Android Police articles below. The result is a cleaner and much easier to parse layout. 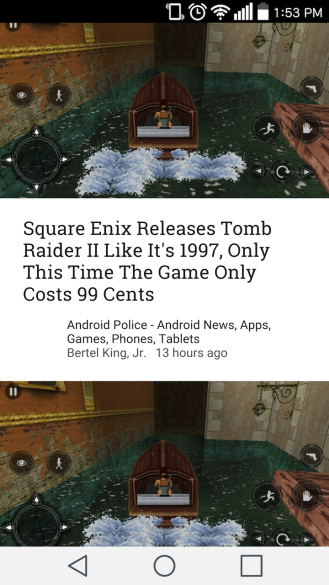 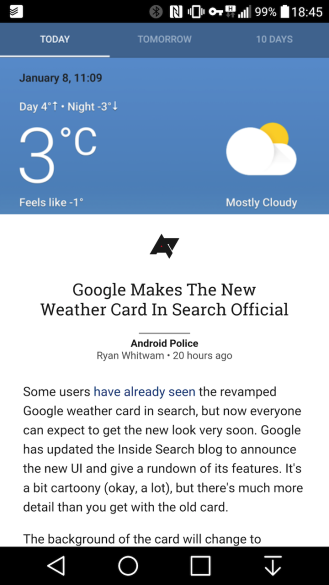 Another nice change, which we immediately noticed because we've been victims of it, is that the article's header image is finally recognized as such and not duplicated. Previously, the image would show up as a hero on top of the article and again below the title and above the text. That was confusing and annoying. In the new layout, you'll only see it once as the hero, and the text will display immediately after the title.

As we mentioned above, the new layout seems to have been triggered recently server-side so you should see it whenever you check Newsstand. The app is pre-installed on most Android devices, but just in case you don't have it on yours, here's a link to grab it from the Play Store.