Facebook Messenger on Android doesn't look exactly Material, but it seems modern. Well, at least more modern than the regular Facebook application. And often times it feels like the developers working on these two apps are completely different teams because the Messenger one seems willing to experiment and try new things and go in weird and fun new directions, whereas the Facebook app team is just stuck in its ways.

One change that might be headed to Facebook Messenger is a cleaner look with a hint of Material Design inspiration. The most visible change is the switch from the full-width bottom blue bar to the blue floating action button (FAB) that lets you start new conversations. 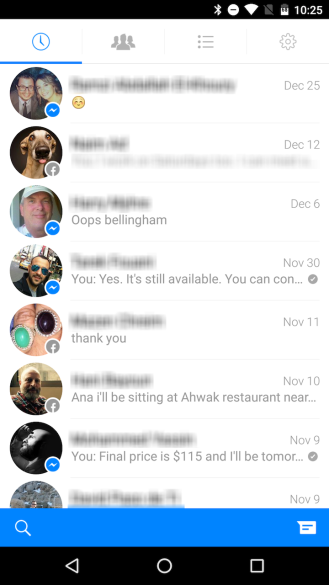 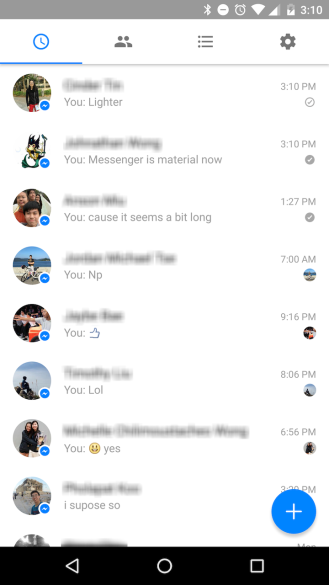 Apart from the new FAB that can be seen in different screens, you'll have to squint to notice the differences. The status bar is now grey. The tab icons have gotten smaller, darker, and Groups and Settings have been switched to more Android-appropriate icons. And the grey separators between the different chats or contacts are gone. 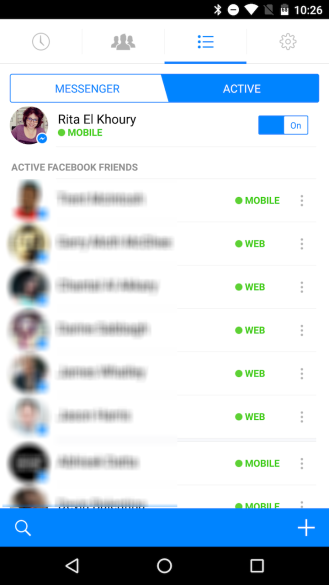 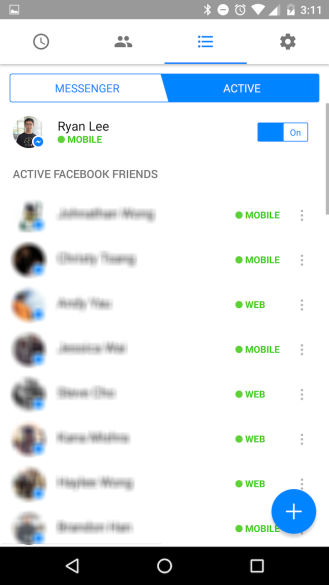 The change appears to be server triggered so there's no point in trying to look for new updates to the app that could activate it on your phone. That also means that the Messenger team is probably still A/B testing these changes to see what works before rolling them out to everyone.