Generating Promotions in the Developer Console

Developers can generate 500 promotions (combined between paid app codes and individual in-app purchase items) per quarter per app. Unused promo code quota doesn't accumulate each quarter so those with big user bases will want to use them judiciously. To create new promotions, developers should head to their Developer Console and select the app then Promotions and Add new promotion, after which they'll have to agree to the terms and conditions.

In the next screen, they'll be able to name their promotion, select whether it's for the paid app or an in-app purchase, and choose the number of codes they want to generate. They'll also have to set start and end dates for the promotion: this is the window during which the code is redeemable and not how long the purchased item is valid for (a redeemed app is like a purchased app, it's yours forever). And finally, developers will have to turn the promotion on to activate it. If it's off, then users won't be able to redeem a code they receive, even if it's within the valid period of time.

The codes generated are downloadable as a CSV and can be printed or shared as a deep link to users via email or an app notification. The Developer Console will display active, paused, and expired promotions per app and let developers select and edit the first two types.

These screenshots are courtesy of +Francisco Franco.

Redeeming Promotions in the Play Store

Users can redeem promotions in one of many ways. If they receive a promotion link, they can tap it to directly head into the app's page on the Play Store with the redemption process triggered.

If they get a promo code, they should be able to redeem it by: 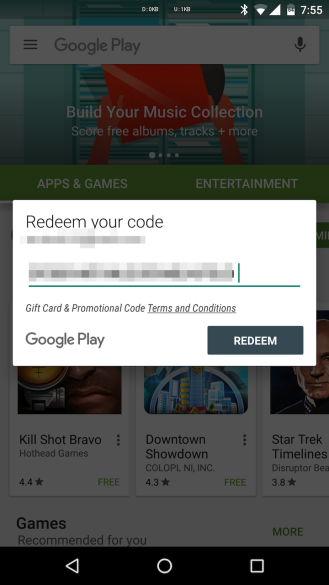 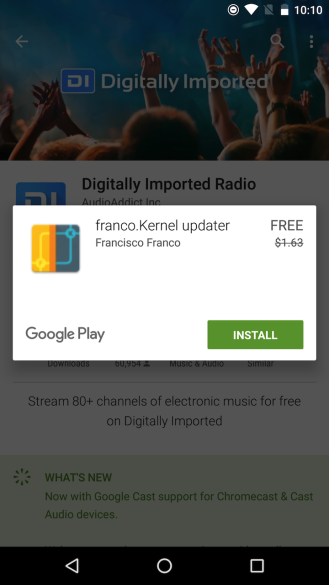 Redeeming a promo code for a paid app.

If the redemption code is for a paid app, you'll be given the option to install it. However, if it's for an in-app purchase, you'll get an Add Item button and what follows depends on whether you already have the corresponding app installed or not. If not, you'll be asked to install the app too in order to benefit from your in-app item. 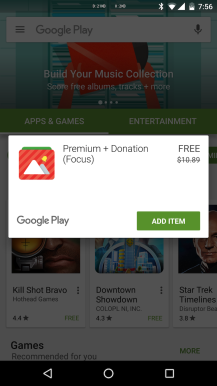 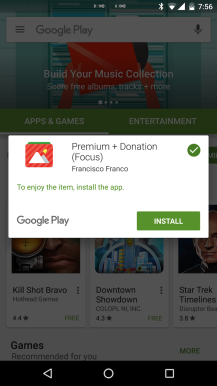 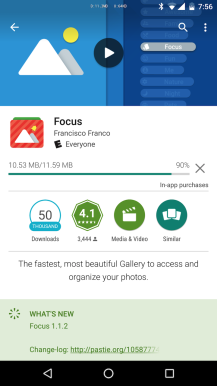 Redeeming a promo code for an IAP in an app that isn't yet installed.

That's all there is to it. While developers previously had to build their own promotion systems to try to offer free apps or IAPs for users, the process has been streamlined and simplified now that Google has implemented it natively in the Developer Console. Users can now rest more assured that their code, and hence purchase, is tied to their account and that it'll be valid across all of their current and future devices.