My only understanding of the roommate concept comes from movies and TV series. The way it's always portrayed is with people hanging up flyers with detachable numbers that others can call to enquire about a certain room available for rent. That's so last century. Nowadays we have the internet and there are useful/creepy places like Craigslist to find roommates, but with services like Airbnb making it easier to communicate with people before you let them into your home, a roommate equivalent service was bound to pop up. That's Roomi.

Roomi has been available on iOS since June, but it just made the relocation to both Android and the Web. The service lets verified users (Roomi scans its users and doesn't let brokers and landlords in) list available rooms and sublets with pictures and amenities, search for roommates based on interests and preferences, and it lets room seekers see what options are available for them. Users can connect Facebook and LinkedIn to populate their profiles and try to give a more legitimate vibe, communicate with potential roommates within the app, and even see who's checked their listings to reach out to them. The service also recently made it possible to add your current roommates to the listing so that everyone can get on the same page before a new person moves in. 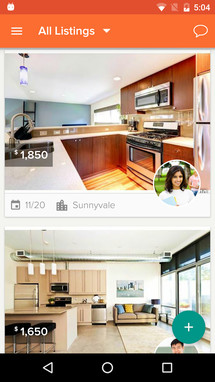 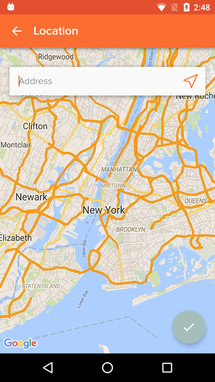 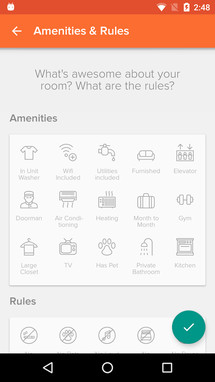 Roomi is currently available in New York, San Francisco, Los Angeles, and San Diego. It's planning to expand to Austin, Chicago, and Boston this spring, but in the meantime those are the only cities you can use it in. The app is free and a few clicks away from residing on your phone. 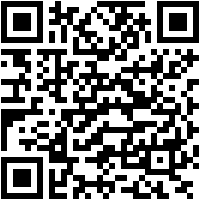 LOS ANGELES, Jan. 15, 2016 /PRNewswire/ -- Roomi, the free mobile-first, co-living platform that helps renters find shared housing options, has launched on Web and Android in response to growing demand beyond the popular iOS platform. Roomi ranked first on the Apple App Store search for housemate finding apps when it came out of beta in New York City in June 2015 and has achieved almost 200,000 downloads. Most housemate or shared housing apps are available solely on iOS; however, Roomi prioritized development of these additional platforms in response to user feedback. In conjunction with these new channels, Roomi is expanding its range of services to Southern California, which was recently named America's least affordable housing market according to a UCLA study.

Why is a Better Shared Housing Tool Vital?
Co-living is becoming an increasingly popular way for urban dwellers to afford rent, especially in large and expensive metro areas, such as LA, NYC, and SF. And it's not hard to understand why: A recent Harvard study found that nearly half of U.S. renters are burdened (spending more than 30 percent of income on housing), with rents having increased by nearly 53 percent between 2000 and 2014. Vacancy rates are close to 3 percent, their lowest level since 1985, and rents are rising at the fastest pace in nearly 30 years, about 3.5 percent annually.

Co-living can ease the burden by half or more, depending on prorating decisions and the number of housemates. As a result, co-living is becoming the new norm for professionals, single parents, and the elderly, in addition to college students.

Despite co-living's rising popularity, finding the right housemate largely remains a challenging and lengthy process. Available search tools leave many with security fears, especially given the recent news of yet another Craigslist-related murder in New York. And most development of better marketplace platforms continues to center around iOS.

Roomi to the Rescue:
Roomi is designed to be the first user-friendly peer-to-peer co-living marketplace with a seamless experience across mobile and Web platforms. Developed with the individual's needs in mind, Roomi blends beautiful design with intelligent functionality to specifically address the top priorities of shared housing and housemate seekers, such as decreased search time, increased safety during the search and better overall housemate compatibility.

"Roomi is a step into the future," said Osuke Honda, General Partner at DCM Ventures. "Roomi's social graph and housing details make it possible to have more transparency and security about a potential living situation."

"Compatibility for things like noise tolerance and openness to pets — things that may seem small but can easily turn into sources of conflict or even deal-breakers — makes all the difference," said Ajay Yadav, Founder and CEO of Roomi.

Roomi is currently live in New York and San Francisco, and is launching in Southern California for iOS, Android and Web platforms onJan. 14.

About Roomi
Roomi is a free mobile platform that helps people find flexible, affordable co-living solutions. That starts with building back trust in the peer-to-peer marketplace, so we set out to create the simplest and safest choice for the housing search. With verified listings, the right tools and personalized support, Roomi community members are empowered to make the savviest choices for their individual needs. The platform makes it simple to post rooms, connect through the in-app chat and share a happy home — across the city or around the world. Our goal is to help everyone connect to their new spaces and communities, and live better together.

WhatsApp Goes Officially Free On All Platforms, Promises No Ads And Better Business ...