Teens and millennials apparently love ask.fm for quick and easy Q&As. Over 18 billion questions were asked on the service last year, coming from over 150 million people of which between 10 and 50 million use Android. Those are nice numbers and the developers wanted to keep those users happy so they created a new interface and implemented many improvements to the service.

Ask.fm 3.0, which for some reason now goes as ASKfm on the Play Store, introduced a fresh redesign of the app with a side drawer, some modern iconography, and lots of reorganized screens. It also dumped the app's blue hues for bright orange ones and got a new icon to celebrate those changes (here's what it looked like before). But looks aren't the only new thing, Ask.fm now makes it possible to invite friends with a text message, search and insert .gifs from Giphy, and choose to block questions from anonymous users.

We’re introducing a whole new ASKfm with a streamlined side-drawer navigation, quick access to friends from anywhere in the app, and more ways to express your unique personality. Check out these changes:
• Easily view everyone that has liked one of your answers
• Giphy integration to search for and add animated GIFs to answers
• Ask questions to anyone in your contacts list
Lots more more in the works, so stay tuned and keep on asking! But ASKfm's Android users aren't happy about these changes. It's often the case that users don't like complete redesigns, but it looks like everyone hates this one, almost unanimously. Users are lamenting the "ugly" new interface, the "childish" logo, the removal of certain options like username changing, and the new feature that lets users unlike answers. Apparently, people like to be positively reinforced and not negatively, what do you know! 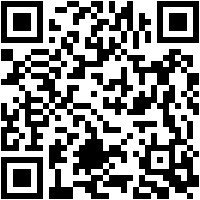 [Freebie Alert] Packt Is Giving Away Android Application Programming With OpenCV, Today Only

Still Rocking A Nook Tablet? You Can Now Jazz It Up With A CyanogenMod 13 Nightly