DotEmu is in the habit of porting older but well-liked games to Android. With titles like R-Type, Double Dragon, and Another World under its belt, now we get something a bit more serious. I Have No Mouth, And I Must Scream was released on PC in 1995, based on the 1967 short story of the same name by Harlan Ellison. You can probably gather from the name that this is not a feel-good sort of game.

I Have No Mouth is a point and click adventure game with five protagonists, each with their own section of the game that can be played in any order you like. The premise is that these five people are all that remain of humanity after the world's superpowers created a war-like artificial intelligence. This entity, known as AM, gained sentience and killed everyone on Earth save for these five, whom it imprisoned and tortured (for 109 years and counting) to punish humanity. See? Pretty serious business.

In the game, AM constructs an adventure filled with puzzles for each subject, preying upon their weaknesses and instability. The choices you make in each section will determine the outcome of the game, and not all outcomes are good. To win, you need to prove that humans can be better than machines. DotEmu has revamped the interface a bit to be more friendly to touch and the graphics have gotten a boost. I Have No Mouth, and I Must Scream will run you $3.99 and there are no in-app purchases. 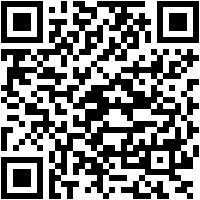