LG is ready to play and is inviting everyone to come play with it. That's all we can glean from the event teaser and invite that was just sent to press members for LG's MWC 2016 event. The conference will take place on Feb 21 at 14:00 and will likely see the announcement of the LG G5. The rumors have been accelerating regarding LG's next flagship and MWC would be a nice venue for it to make its grand debut.

It might seem soon to you, but LG has been pushing forward its G series announcement year after year, starting with the G2 in August 2013, G3 in May 2014, and the G4 in April 2015. Based on an approximate 10-month release cycle, it makes sense to see the G5 in February, especially since Samsung is also rumored to announce its S7 at MWC and HTC will likely follow suit with its newest One device.

The teaser doesn't let any information out and there's nothing in the image except for the colorful jack-in-the-box music player. I like green, so I'm OK with that. Previous G5 rumors had pegged the device to have a secondary screen à la V10 and a "Magic Slot" connection port to add new hardware modules like an external keyboard, a 360-degree camera, and an audio amp. A Snapdragon 820 is supposed to run the show with 3GB of RAM, 32GB of storage, and a slightly smaller main screen than the G4 but with the same 1440p resolution. The camera should be improved on the back and front with dual sensors for super wide-angle shots. 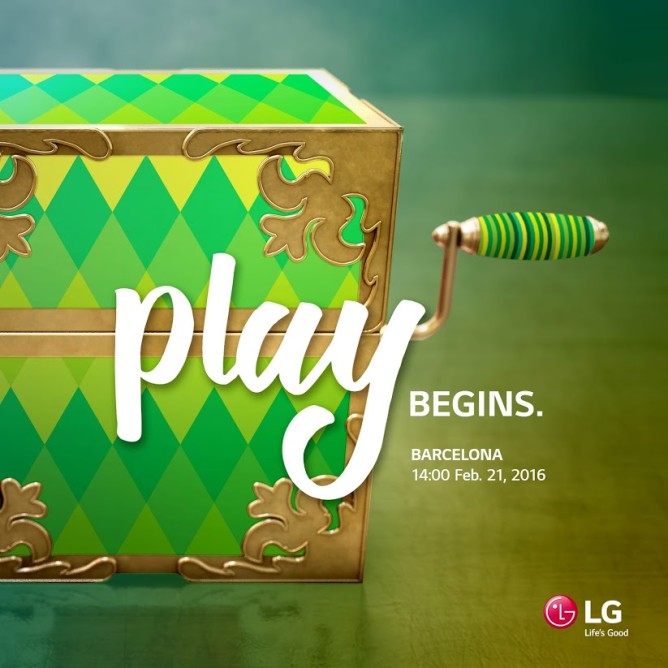 As a G2, G3, and G4 user, I can't wait to see what LG has in store. I've loved the G2 and G3, but I only liked the G4. The size was a little too large for me and despite the much better screen and camera, it didn't surprise me. I'm hoping the G5 will bring the magic back. We'll know more on Feb 21 so I'll just have to be patient.