Following the big improvements to Maps on Monday night, Google is hitting us again with another update that is sure to make quite a few users happy, at least for those that use the Google Now Launcher (a.k.a. GEL). Support for a rotating launcher screen on phones is back, and if that's not enough, there's also a nifty new rendering feature that resizes app icons so most of them will look more consistent on your home screen. This update appears to have come out of Google's beta channel, but we've got download links at the bottom if you want to jump on it right away.

Apps come in all shapes and sizes, and as it turns out, so do the icons that are bundled with them. Google gives some advice about sizing icons, but it's not always followed to the letter, which can leave your homescreen looking a bit messy. Back in September, a feature dubbed "icon normalization" was added to Nova Launcher that attempted to resize app icons to make everything appear a bit more consistent—meaning the edges of adjacent icons should either line up or get a bit closer than before. Google has now added the same feature to its own launcher.

The animation above shows roughly what can be expected as the oversized Twitter and Soundhound icons are reduced to match those of Facebook and Google's apps. Many people have already noted that there are some conditions where icons aren't resized very well, but this is still a beta version and there will obviously be some refinements to the algorithm in the future. 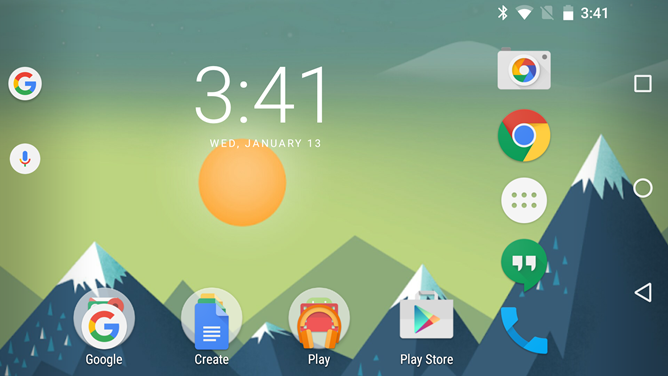 During the Marshmallow developer previews, Google took the opportunity to do some experimentation with quite a few different features. One such experiment added the option for phones to enable auto-rotation on the launcher, a capability that had previously been available only on tablets. Mysteriously, that capability disappeared with developer preview 3 (unless it had been switched on in DP2), but evidence later turned up that suggested it would be returning in a future release of the Google app. As of the latest version, the wait is over. 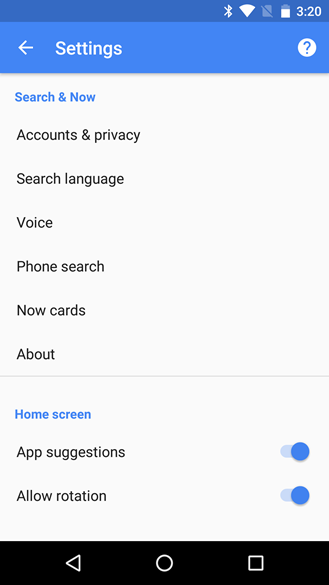 To enable auto rotation, just open up Settings (tap the hamburger menu on the Google Now stream) and look for auto rotation at the bottom of the list. Once enabled, the Google Now Launcher won't be locked into portrait orientation anymore. Certain on-screen elements like the persistent search bar will adjust to accommodate each layout. Items in the dock rotate individually to stack along the right side of the screen while apps and widgets located on individual pages should retain the same organization.

Backgrounds used in the screenshots above can be found here.