Facebook has many apps, side-projects, and different ways to suck you into its social network and try to get you to stay on it. One day it wants to be your news source, the other it wants to be your communication hub or your work's intranet. Facebook's Mentions launched in July 2014 with an iOS app as a way for celebrities to manage their pages, then was opened to all verified profiles in September 2015. Now the app has crossed the dark forest, jumped the big void, and ventured into the unknown abyss between iOS and Android and come to the Play Store.

You'd think that with a year and a half of time, the Mentions team would have at least opened a Google design spec document or downloaded some other Android app just to get an idea of what it feels like to live on our side of the mobile chasm. But nah. The Mentions app looks exactly the same on Android as it does on iOS. Top tabs, colors, buttons, fonts, and all. And it's not like the app is doing that well on iOS to begin with, to be a role-model for the Android version. Its current version has an average rating of 2 stars on iTunes and all versions hang at a mediocre 3 stars. That's not what I'd call a good mold to follow.

The app weighs 98MB on iOS, 87MB on Android... for a periscope-like streaming and update sharing/reading app. I, well, I just don't know what's happening there. Is there a baked-in easter egg video of Mark Zuckerberg Netflix and chillin' that gets unlocked after you reach a certain amount of followers? Or is there a secret celebrity-only club inside the app where you can view updates to each other's private photos without relying on 4chan hacks? I don't know and I can't know because the app is for verified accounts only. I've verified myself in real life, that's as much self-affirmation as I personally need.

For the record, the full Facebook app is 100MB and looks positively Android'y in comparison. Whatever is happening here can't possibly need  nearly the same size as that. Edit: Fixed to account for Facebook's additional data download. We're getting away from our main topic, but I'd have been remiss not to mention all of that, hah. Anyway, if you have a verified Facebook account, you'll be able to grab Mentions for free then live stream, talk to your followers, see the users you follow, and share updates with your fans. It's exactly like Facebook, I guess, but only for the elite. Because the dark grey icon just looks classier on your screen than the blue one. Seems legit. 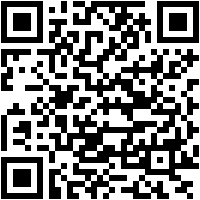 Sony Makes The Pink Xperia Z5 Official, Still No US launch In Sight