Believe it or don't, some people still pay for and allegedly use landline telephones. Most of them are either A) business owners or B) old, and in fact the only person I know with a landline phone in her house is my grandmother. (Though technically, she's using Verizon wireless service with a landline telephone adapter.... so I guess I don't know anyone with a landline?) Anyway, yes, they're still around, and in some cases still necessary. And if for some reason you want to use text messages with your landline, AT&T would like a word with you. 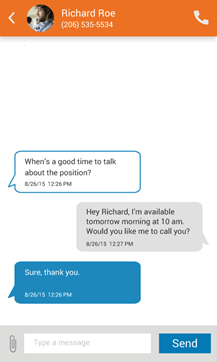 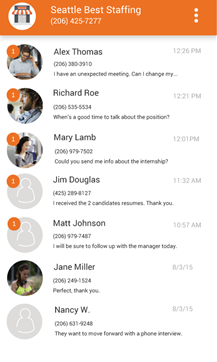 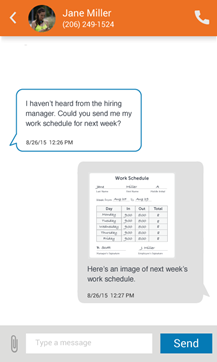 The latest official AT&T Android app is essentially just a text message service, but it's exclusively for those customers who pay extra to be able to send and receive text messages from a landline. And boy, do they pay extra - according to this page, it's $10 for 100 messages a month, $25 for unlimited, on top of whatever they're paying for the line in the first place. The app is a virtual message bucket, but it does include some advanced features like scheduled texts, auto-reply, and (apparently) a call function, though it isn't clear if this is some VOIP or reroute solution that uses the landline number or if the user simply calls using his or her cell phone.

This makes a lot of sense if you're running a business, especially if your clientele skews young. I know some people on the opposite end of the spectrum from dear old Mamaw who would rather poke themselves in the eye than leave a voicemail, so this pricey add-on would allow business owners to cater to their very specialized communications needs. The app is free, but of course it's only useful to AT&T landline customers. 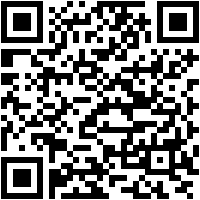