Google Play Music's search interface has been a work in progress, as a prompt for it to listen to ambient audio to identify a song was a relatively recent refinement. A tweak coming out now, apparently via a server-side switch, retains the listening feature but brings the entire look in line with other up-to-date Google apps.

Here is a quick before and after: 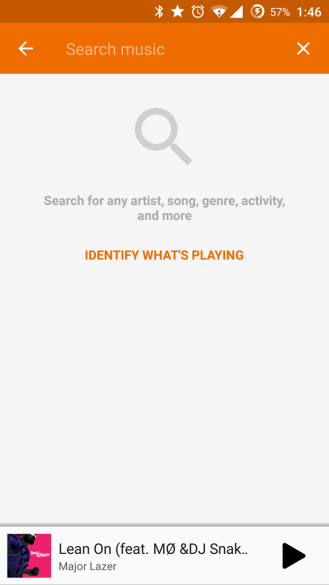 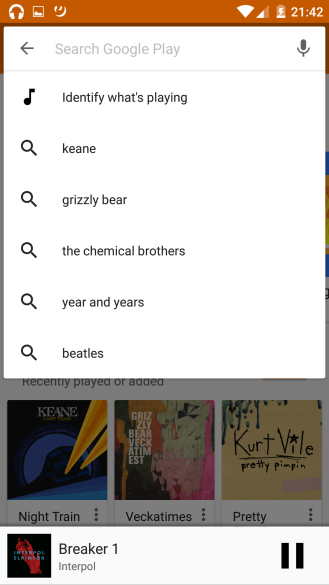 The newer screenshot comes thanks to our reader, Ben. With this change, beyond the mere aesthetic value, you get a nice merging of the search history with the ambient audio prompt. For comparison's sake, here is the current Google Search app's UI: 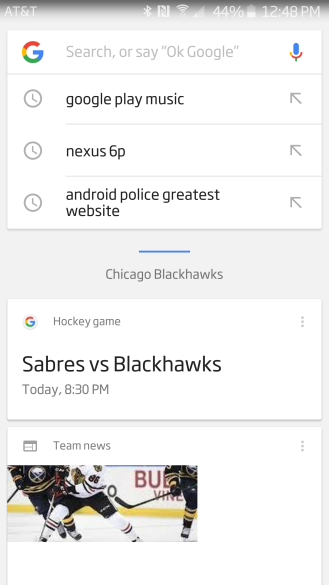 You can see how much more sense the tweaked Play Music search bar makes once you look at it alongside the other apps Google is trying to keep updated. And just for completeness, here's a GIF-ified look at the animations, which also are more consistent:

Tip: Use Micopi To Spice Up Your Blank Contact Photos With Unique Geometric Designs