One of the worst things about fitness tracking apps is that they often require users to tell them when an activity starts. This can be a pretty big inconvenience, especially for people that keep their phones stowed in closed pockets or an arm band without easy access to the screen. The latest update to Fit might save many people from having to reach for their phone at all. Wear users can now start and stop activity trackers directly from the mini-app. 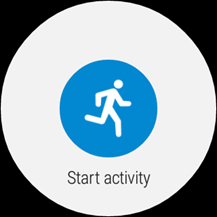 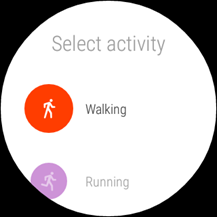 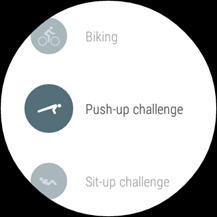 The main phone app doesn't seem to have any notable changes, so this update is all about Wear. The recently added "Start Challenge" page (fifth from the left) has been replaced with "Start Activity." The challenges aren't gone, but they are joined by three additional options: walking, running, and biking. The challenges have been nudged to the bottom of the list. 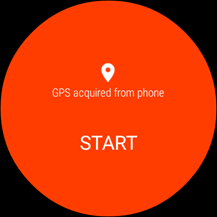 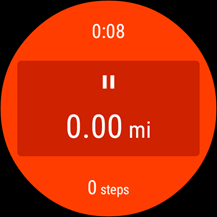 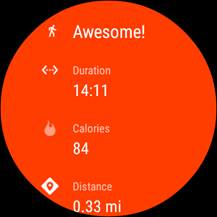 Activities work basically the same way on Wear as they do on a phone. They start with a simple button to begin a three-second countdown, after which a timer begins. An activity can be paused from the counter screen or from a card on your main stream. Once a workout is paused, there is a stop button that can end the activity and a summary of your workout will be displayed with duration, calories burned, distance, average pace, and total steps (not shown with the biking activity). 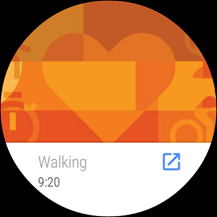 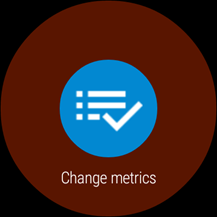 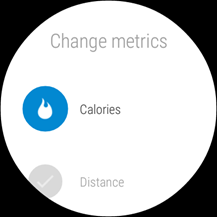 By default, the timer screen shows the total time, distance, and total steps (or speed in biking mode). If you decide you'd rather switch to a different set of metrics, it can be done by swiping to the left once and tapping on the "Change metrics" button. Up to three items can be enabled at the same time, so something will have to be turned off before something else is turned on. The options include: calories, distance, duration, pace, steps, and time of day.

This is a good step towards streamlining the Fit interface, and a smart one considering the last thing most people want to do is fiddle with a phone while they're trying to exercise.