We've had a chance to spend some significant time with the Huawei Mate 8 in the last 24 hours, and so I felt an intial impressions post was warranted. The "space gray" (yes, really) 32GB unit I've been using is technically preproduction per Huawei's own disclaimer, though the software feels largely finished and the phone physically feels ready for sale.

The Mate 8, by the way, is not a phone you'll be seeing in America. Huawei has taken a pretty careful approach in regard to its US device launches, and its most expensive handsets generally never make it here through any official channels. The good news is that while the Mate 8 isn't designed for the US, its robust LTE support is at least working with the AT&T network here, so unlike many previous international Huawei devices, it is 4G-capable in the states (I haven't tested T-Mobile). 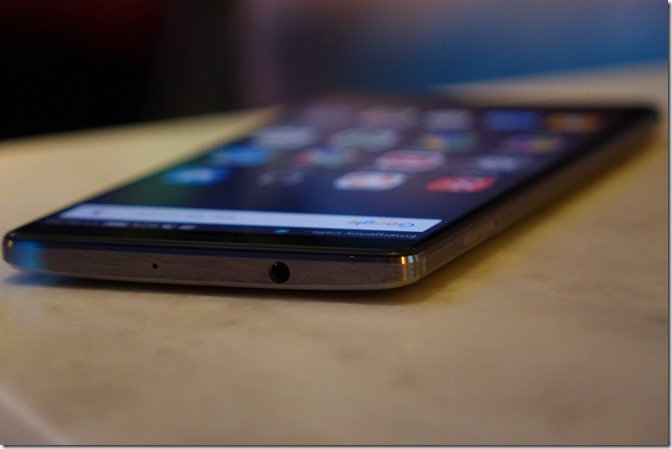 For the question you're all bound to ask: no, I don't have any good sense of what battery life is like. I just haven't had the phone long enough. At 4000mAh, combined with Android 6.0's doze mode, though, I have to assume it's at least going to be epic on standby if nothing else. Huawei is estimating over 2 days of moderate use, and I'll be putting that to the test in the coming weeks. 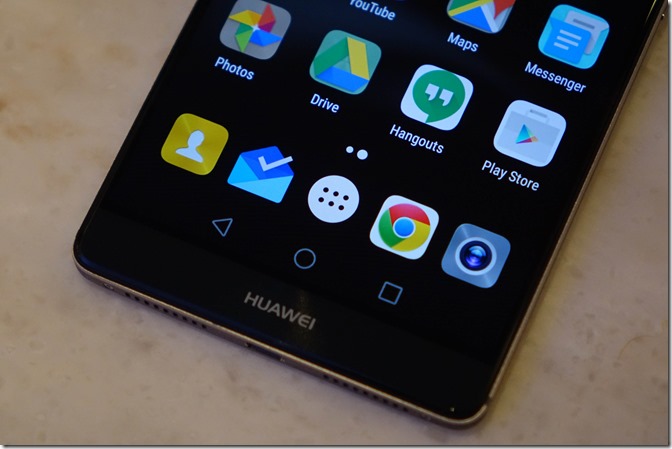 Performance is very, very respectable - this is a damn fast phone. It flies through the UI, opening apps, and generally anything you throw at it. Whether that performance will degrade over time a la Nexus 6P and 5X, I don't know, so I'll be keeping a close eye on how the system handles with more apps and more hours. For now, though, I am thoroughly impressed - the Kirin 950 seems like quite the little monster. 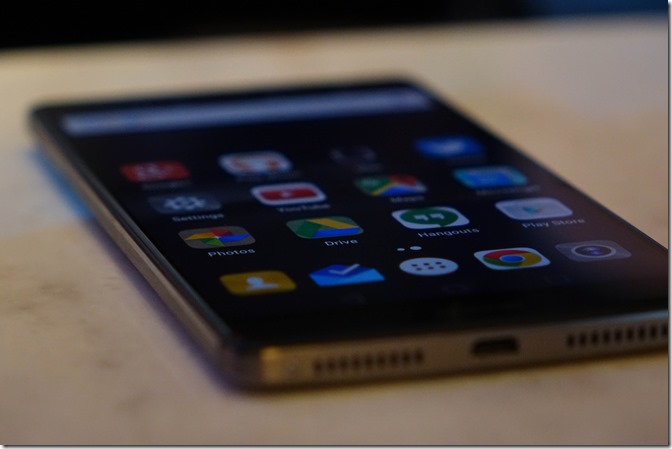 The LCD display is quite bright, though colors do come off a bit oversaturated at times. Huawei allows you to adjust the color temperature, but there are no preset display profiles or anything like that. The fingerprint scanner is all Huawei promises - it is insanely quick. Huawei claims a 100% speed increase over the previous Mate's scanner, with even more refined detection. It's remarkably responsive, and I've not had any issues with it. 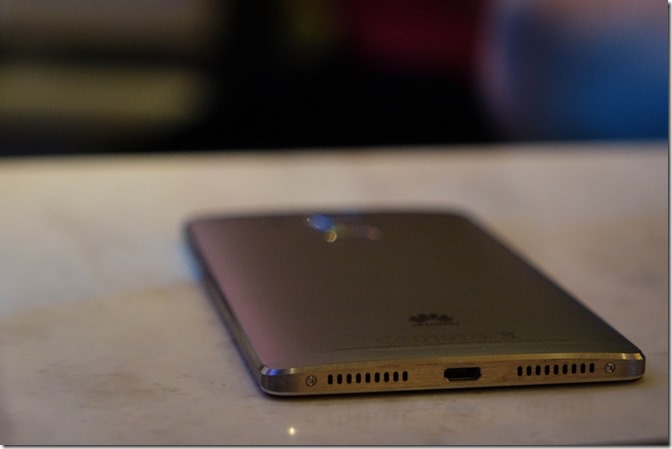 The bottom-firing speakers (speaker? I'm not sure how many there are) are nothing special, though they are usably loud, that much I can say. We haven't had much time with the camera, but both Cody and I noticed that it has a pretty noticeable pink hue when taking photos indoors or in low ambient light, something which may require some additional tuning and tweaking from Huawei in the firmware to sort out. Outdoors, it's generally not noticeable. 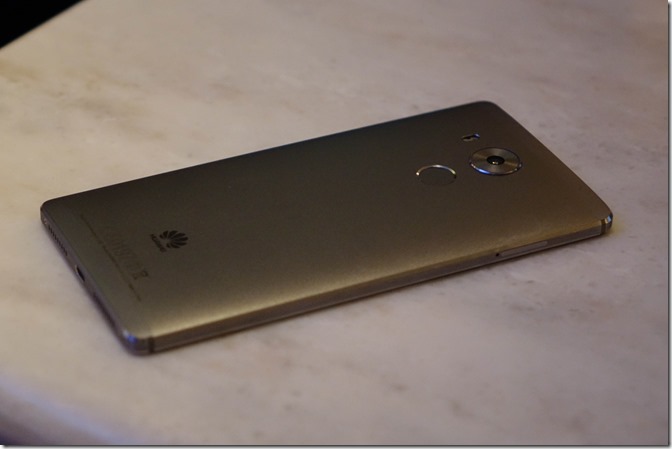 The software is easily the big letdown. While it is Android 6.0, Huawei's EMUI 4.0 sits atop it, and there's just nothing to really like here. Any feature that might be useful could just as easily live in the settings app, while all of the aesthetic and stylistic changes just serve to make using the Mate 8 a bit more annoying than it has to be. From its iOS timeline-style notification center to its forced icon backgrounds, Huawei's EMUI just feels like a nagging, ever-so-slightly uphill battle whenever you use it compared even to more conservatively-skinned phones like those from LG or even HTC's latest version of Sense (the A9 really is quite close to stock Android). Silly little things like the default launcher not having an app drawer, or the fact that when you do want to switch the launcher, the automatic "settings" link most launchers will throw you to just doesn't work, because of whatever Huawei has changed in the software. It's not that the phone is bad to use, it's just that it's more annoying and, frankly, ugly, than it should be. 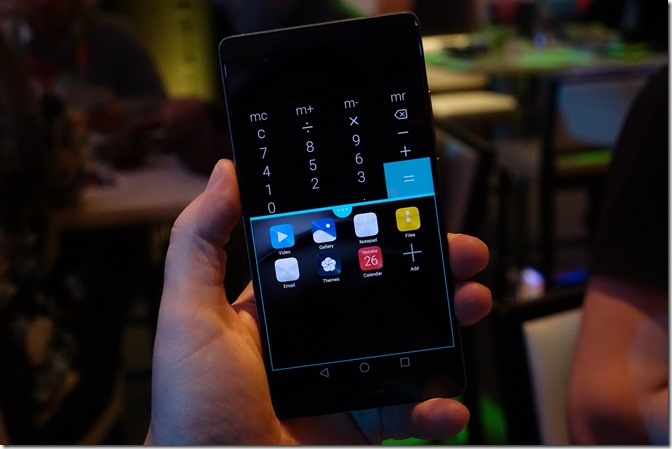 On software features, the Mate 8 does have a dual-window mode, but it only works with a handful of stock Huawei apps (seriously, like eight), none of which are going to be useful in combination with one another. The chance developers will support Huawei's multi-window UI at any sort of scale seems basically nonexistent, because of course they won't. Google really does need to step in on this front, and hopefully sooner rather than later.

I'll let you know a lot more about the Mate 8 in our full review, which should be up in the next couple of weeks. 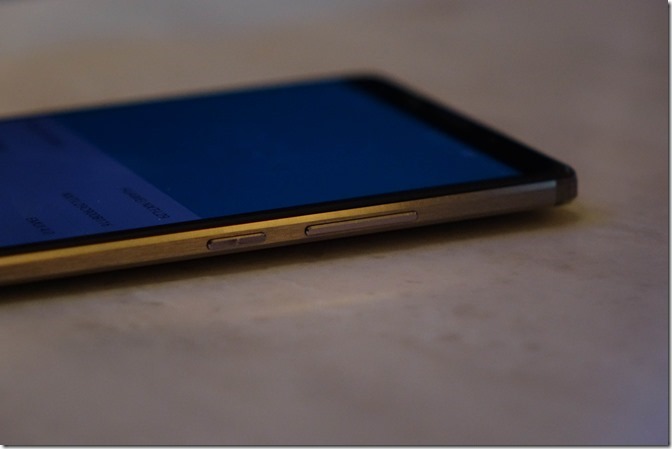