Look, I know that we do the Samsung vs. Apple comparisons a lot, but it's not that often we get to talk about what would happen if Samsung and Apple got together for a little late-night action and popped out a co-designed device. If you've ever wondered what that might look like, the Huawei MediaPad M2 10.0 is probably a pretty accurate representation. And just for good measure, it has something that looks like a Surface Pen to go along with it. Pretty much every base has been covered here—at least Huawei isn't showing any bias.

All joking aside, it actually sounds a pretty decent tablet on paper…if you're still in the market for an Android tablet, anyway. Like its name suggests, it's packing a 10-inch display with a resolution of 1920x1200; it's powered by a 2GHz Kirin 930 Octa-core processor, and either 2 or 3GB of RAM depending on the model. The 2GB version has 16 GB of storage, while the 3GB model bumps that up to 64GB and supports the active stylus. The microSD slot in both tablets is expandable to 128GB just in case. 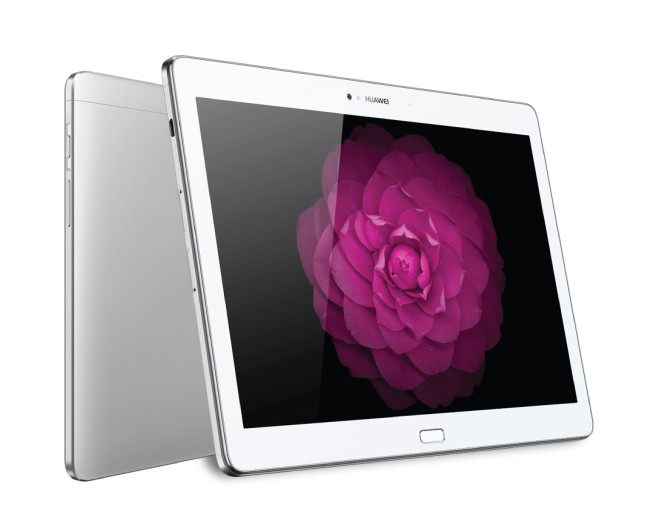 On the camera front, it has a 13 MP rear shooter and 5 MP front camera—not that anyone really uses tablets for pictures in the first place (OK, I know people do use tablets to take pictures, but I try to ignore the fact that those people exist). You'll find Android 5.1 with EMUI 3.1 running the show here, but maybe eventually it'll get 6.0? Who knows.

The MediaPad M2 10.0 will be available sometime in Q1 of this year, but pricing won't be announced till it's closer to the US launch. We'll see how that goes. 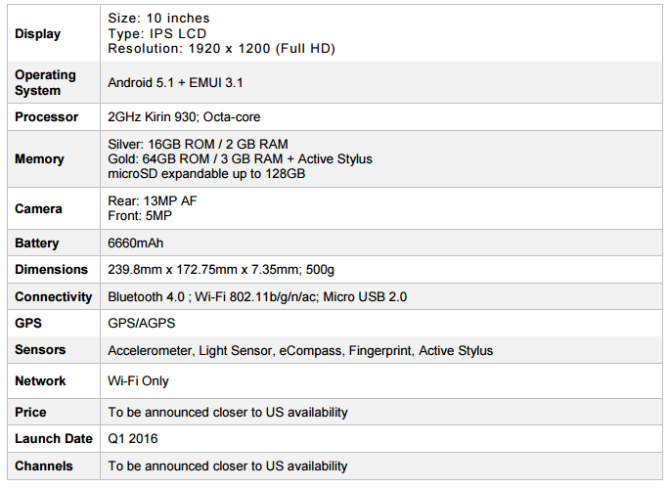 Gold Edition Nexus 6P Now Available In The US, Exclusive To Best Buy And The Google Store ...