Huawei's latest flagship phone is official, but you won't be able to get it in the US. That didn't stop Huawei from showing off the new Mate 8 at CES today. It will, however, launch in more than two dozen countries in the first wave starting now. Pricing will vary by region, but it won't be cheap. The base 32GB model is about €599 with a 64GB upgrade for €699. Maybe that'll seem worth it when you learn this phone has a massive 4000mAh battery.

Here are the specs for the Huawei Mate 8. 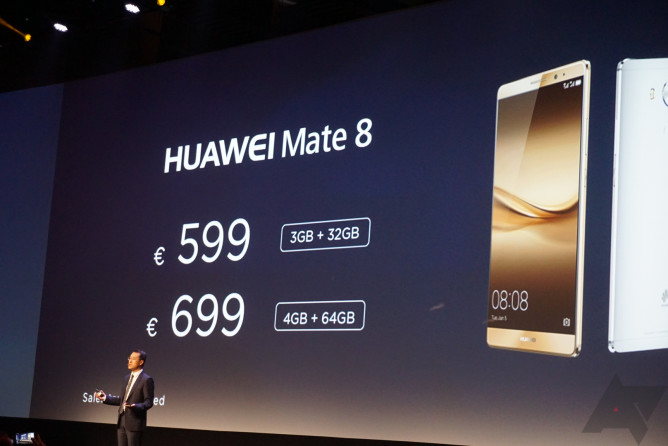 This phone will include Huawei's new octa-core Kirin 950 SoC, which is based on the Cortex-A72/53 big.LITTLE architecture. The two different versions of this phone have different amounts of storage, but the RAM also varies. You get 4GB in the 64GB phone. The 32GB base model only has 3GB. Both models have a gigantic 4000mAh battery, which Huawei says is good for almost two days of very heavy use. 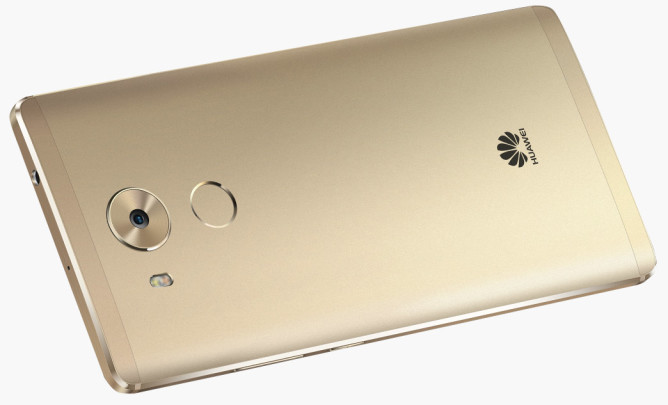 Huawei says the fingerprint sensor on this device will be an improvement over its previous phones. The unlock speed has been boosted by 100% (possibly thanks to the Android 6.0 software?) and it supports extra features like document/app lock and a quick access camera shortcut. The camera too is updated on this device with robust OIS that can compensate for a 1.5 degree change in angle. I mean, just look at that exploded camera graphic. That's how you know it's good.

As mentioned above, this device will run Android 6.0 with a new version of Huawei's EMUI on top. It's still a major departure from stock Android with no app drawer and strange iOS styling throughout. US consumers won't have the chance to be annoyed by the new EMUI, though. There are no current plans to release a US version of this phone. 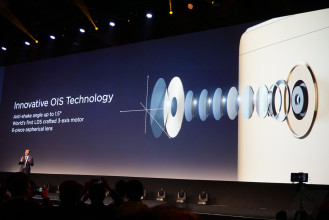 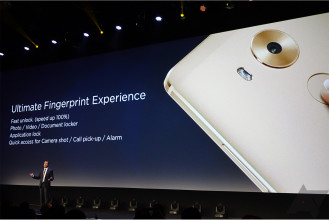 HTC And Under Armour Return With The HealthBox—A Scale, Activity Tracker, And Heart Rate ...