Previously, a strip of avatars lined the top of the content area, with blue dots to indicate whether the channel had a new video for you. In the new layout - which seems to be rolling out pretty quickly from the server-side judging from our inbox - subs have their own sort of pseudo-drawer on the left of the screen. It can be expanded to show channel names and new video counts, or collapsed back to just the avatar lineup.

Here's a quick comparison between old and new: 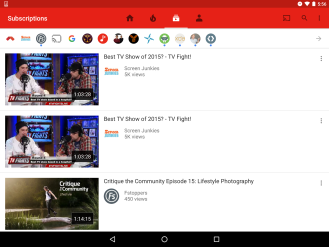 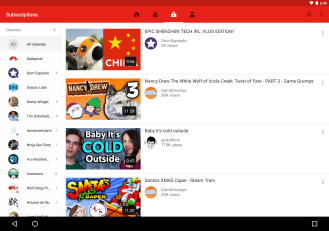 It seems like a small change, but it's a big step up in terms of quickly providing information about your subscriptions. Plus, it's refreshing to see Google lending some attention to their tablet layouts. Not naming any names, Hangouts...

YouTube Isn't Happy With T-Mobile's "Binge On" Video Quality Throttling, According To WSJ