If you're like me and you spend a great deal of your time installing and uninstalling apps on your phone, then you're probably aware of the mess that some apps leave on your internal storage even after they're long gone. SD Maid specializes in getting rid of these ghosts of apps' past by removing the relics from your storage so it's like they've never been there to begin with. And now the app can do its job while also donning a nice modern Material Design interface.

Version 4.0.0 beta was released a couple of days ago and has since received a small bug fix update to version 4.0.1. It brings a lot of additions and improvements to the app that you can read about in detail in the official changelog. To summerize things: there's a new design and interface (including a new icon), an improved side drawer, support for Android 6.0 Marshmallow's permissions, video previews, QuickAccess widgets, bookmarks for storage locations in the side-drawer, copy and move support on Android 5.0 and above, and a nice swipeable fullscreen view for the CorpseFinder, SystemCleaner, and AppCleaner. 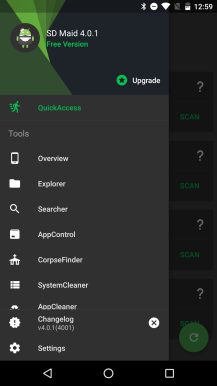 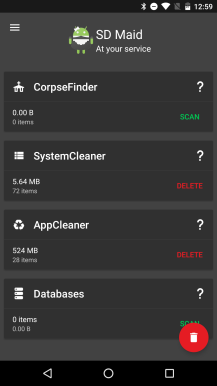 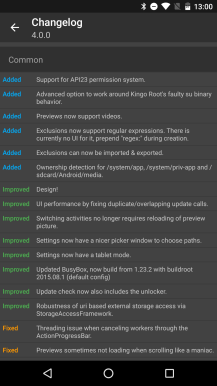 All in all, everything looks spiffy and clean, with dozens of bug fixes and improvements thrown in along with the interface change and the added features. For comparison's sake, here's SD Maid's current look and features in the Play Store. (Spoiler: it doesn't look just as good.)

You can grab version 4.0.1 and test it for yourself from SD Maid's website or APK Mirror.

Chromer Opens All Of Your Links In A Chrome Custom Tab