When Runkeeper was updated to version 6.0 on iOS back in August, Android users were asked to be patient and promised the same treatment sometime in the fall. Well, the app's developers kept their promise but it was a close call. Released yesterday, just at the end of the fall season, Runkeeper 6.0 brought the new interface, colors, and icons that iOS users have been enjoying, then was followed by a small bug fix update to version 6.0.1.

In version 6.0, Runkeeper gets rid of its bright blue color in favor of a more greenish blue / turquoise hue. Tabs are gone, replaced by a side-menu that gives you access to the different sections (Start, Me, Friends, Training, and Challenges). The icons have been completely changed with a wireframe design reminiscent of iOS icons but not too ugly or out of place on a modern Android interface. If you want to see what Runkeeper looked like before, you can check version 5.3.3 which was released in March and had the first Material Design iteration in the app. I would have loved to tell you what is new in the app in version 6.0, but Runkeeper hasn't updated its changelog in many months so we don't really know what else has been added or changed. The improved iOS Start screen with goal setting doesn't appear to be available on Android — or at least I can't seem to find it.

The only hint at a changelog we got was from the uploader on APK Mirror who posted this short blurb. We can't tell for sure if it's official, but it's fun enough to share with you:

Uploader's notes:
Ain't nobody dope as me I'm dressed so fresh so clean (So fresh and so clean clean)
The refreshed Runkeeper brand is all about making running more inclusive, welcoming, and fun, so more people can get into this awesome sport. Soooo we’ve completely redesigned the app to reflect just that!

The update seems to be rolling out in stages in the Play Store, so if it doesn't seem live to you there, you can grab version 6.0.1 from APK Mirror. 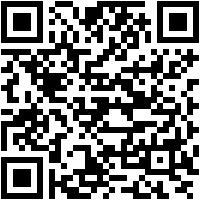 Chromer Opens All Of Your Links In A Chrome Custom Tab

[Update: Google Confirms] Google Appears To Be Testing A New Way To Log Into Your Account On ...