Look, if you want a phone that won't break the bank, there are a lot of options worse than the Blu Vivo Air LTE. It's an upgrade over the original Vivo Air in many ways—the addition of LTE, more RAM, and on-screen buttons easily make the shortlist. I was kind of disappointed in the Snapdragon 410's performance overall when I reviewed it, but it's not atrocious by any standard.

For a very limited time—about five and a half hours at the time of publication, in fact—you can score the Vivo Air LTE for just $150. That's $50 off the normal price of $199, so it's a pretty solid deal. Of course, with the recent launch of the Life One X, which is also $150, it's not as nice as it would've been in a world where that phone doesn't exist. But if you're not into the LOX, the VALTE is probably the next best option in the budget world. 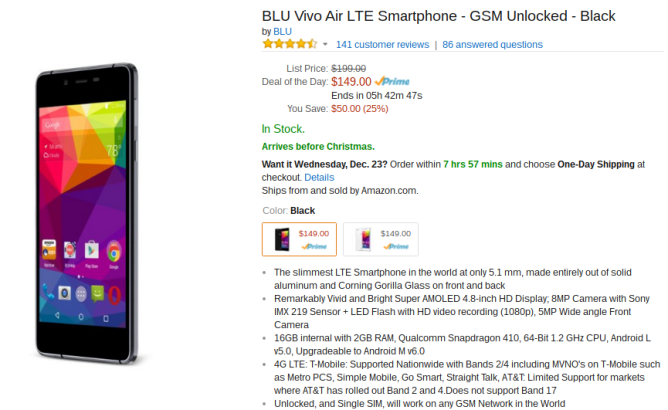 But yeah, if you want to pick one up, better do it now. Once the deal is over, back to a couple hundred this guy will go.