Manufacturer Huawei posted a teaser for the gold-colored 6P on its Facebook page, which indicates that it will be exclusive to Flipkart in the region. The price will start at Rs 43999 (about $660 USD) for the 64GB version, 1000 rupees more expensive than the same capacity at the other colors. The phone will be available for purchase starting on Monday, December 21st, though the listing is already up, and prospective buyers can submit their email addresses for updates. 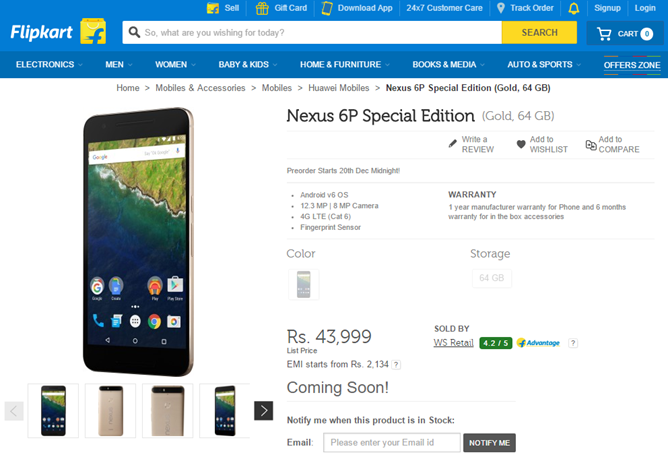 At the moment there's no indication that the gold 6P will be available in other markets any time soon, but who knows. There wasn't any clue that it would leave Japan before today, and it wouldn't be the first time Google has introduced new colors for Nexus phones out of the blue.