The concept of the app is pretty simple. First, pick one of the songs featured by the app, or one from your own music library. Then, select part of the song you like and record yourself lip-syncing, or dancing, or licking your refrigerator – anything you want.

After you record yourself once, you can do the whole thing over again from a different angle, in a new setting, or with your aviators on– whatever floats your boat. There are, of course, a bunch of filters you can apply to your recordings to give them that 'music video' vibe. 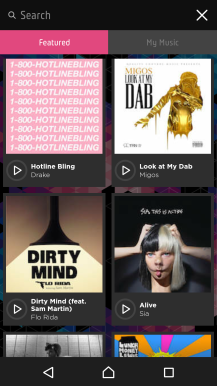 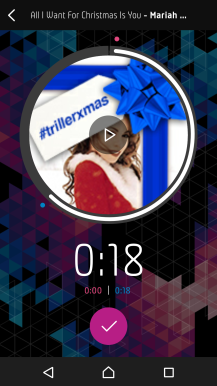 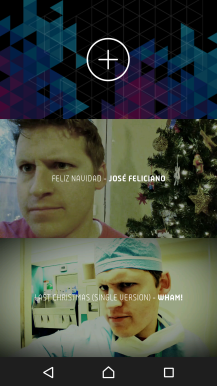 After recording all your takes, the app automatically mixes the multiple videos you shot into one surprisingly decent looking music video. Of course, the video doesn't actually feature your voice, just the imagery you've recorded synced to the song you picked. The sound is 100 percent the audio from the selected track, so this is no Karaoke machine.

For most people, myself included, that's probably a really good thing. Triller automatically organizes clips from the videos you've taken and intelligently syncs them to line breaks and pauses in the song. If you don't like the way the shots are arranged, you can select another clip to replace the current one by swiping up or down. 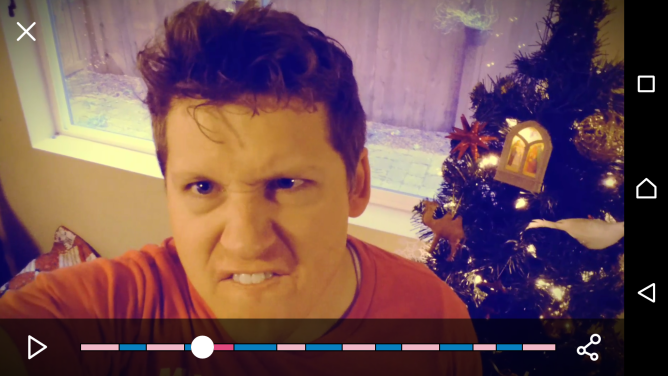 Once you have arranged the segments the way you like them, you can share the video by uploading it to the social media platform of your choice, or export it to your phone. I imagine a lot of young people are using this app to profess their love to a significant other, to show off their devotion to their favorite musician, or to make a music video of their spring break vacation accompanied by a Katy Perry song. 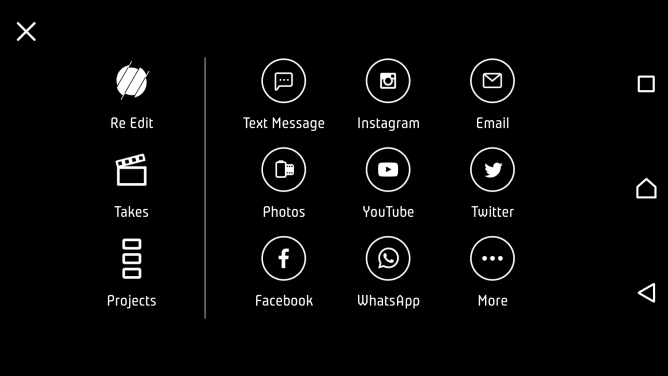 Those all sound like terrible ideas, and that's not what I did with the app at all. I used it to make really stupid music videos of three of the most annoying Christmas songs ever written. I've got to admit, I had a ton of fun doing it. (For the record, I love Christmas music, I just hate these particular songs.) Rather than tell you more about Triller, let me show you what it does.

Without further ado, the three most annoying Christmas songs ever, according to Jeff Beck. (If you only have time for one video, you should probably check out the last one.)

Feliz Navidad. This song features quotes taken verbatim from the holiday chapter of a Spanish 101 textbook and tries to make them sound exotic by pairing them with a mariachi band. No bueno. There is absolutely nothing 'Feliz' about this song.

The Chipmunk Song. Loved this song as a kid, now it makes me want to shove chicken nuggets into my ear holes to drown out those terribly annoying voices.

Last Christmas (I Gave You My Heart). The Worst Song Ever! Blargh! I hate this song with a passion I normally reserve for gluten-free pancakes. Synthesizer overload and terrible, repetitive, sappy lyrics are quite enough to make this song awful. On top of that, if I hear just three seconds of this song it gets stuck in my head for five weeks!

Well, so much for anyone considering me a normal human being ever again. As you can see, I had a lot fun messing around with Triller. I thought I would hate the app and want to just make fun of it in my article, but it turns out I actually really love it.

Triller is an awesome tool for making parody videos mocking some really awful songs. That may not be the use the app makers intended. However, for someone like me with a warped sense of humor, it is super fun to mess around with and is definitely one of my favorite new apps released this year.

But, as Lavar Burton used to say, "Don't take my word for it!" Hit up the widget below to try Triller for yourself. Right now Triller is totally free. I imagine they will add the option to purchase full songs, or maybe some additional filters and effects someday, but for now there isn't any way to spend money in the app.

And hey, if there is a song that you find particularly revolting, feel free to 'Trillerize' it and post a link to share it with the rest of us in the comments below. The Gold Nexus 6P, Exclusive To Japan At Launch, Is Coming To Indian Retailer Flipkart On ...