Last year's update to the Moto X gave Motorola a flagship that was a match for any high-end phone on the market at a steal of a price, and quick updates from the manufacturer were no small part of its appeal. If you're outside the US and still happily rocking the 2014 model, check your status bar: you might just have an update coming in. According to Android Police readers in Germany, Bulgaria, the United Kingdom, the Marshmallow over-the-air update is coming in across Europe this morning. It might be even more widespread than that. 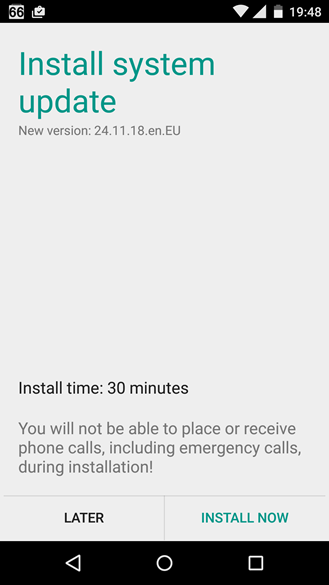 As is usual with Motorola's software, there don't appear to be any major changes past Google's AOSP build of Android and the manufacturer's subtle voice control tweaks. The precise build varies based on the language localization, but they're based on the November security update that Google added to Android's open-source code (so only a little bit behind the curve, I suppose). One of our readers complains that it's still not possible to completely disable Moto Voice and allow the "OK Google" command on any screen.

The 2014 Moto X update comes about a week after the latest model, the Moto X Style/Moto X Pure Edition, was updated. If you're seeing the update on your phone and you don't live in one of the countries listed above, drop us a line in the comments and tell us where you are.

Connections Is A Microsoft Garage Project That Consolidates Information About Your Contacts, ...