Qualcomm's naming scheme for chips does not necessarily make a lot of sense. You sort of know what tier something is in by the series (400, 600, etc), but things get muddy beyond that. Qualcomm is trying to make it a little clearer by renaming two upcoming chips that it feels should have more "distance" between them and the existing Snapdragon parts. 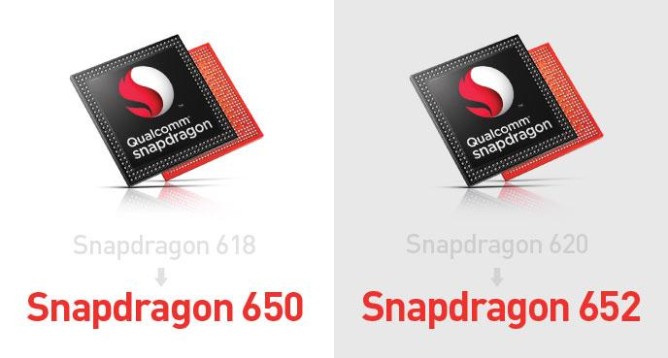 So, the Snapdragon 618 will now be called Snapdragon 650, and the 620 will become the 652. The company says this naming is more accurate (okay) because these chips have features like advanced X8 LTE modems with carrier aggregation support, Cortex-A72 CPU cores, and Adreno 510 GPUs capable of 4K video capture. You don't get that stuff with the Snapdragon 615 and 617. So, shouldn't the numbers be more different? Of course they should. So logical, Qualcomm.

Neither of these SoCs are powering any current device, but there's been talk of them and Qualcomm's site is crawling with references. Just keep this in mind as you read coverage of upcoming devices.