Google runs the Play Store as it sees fit, and sometimes that means it removes apps that we as users might prefer were there. However, a recent decision to pull an app called VTS from the Play Store is particularly baffling. VTS from NowSecure scanned Android devices for known vulnerabilities, but now you can only get it from GitHub and APK Mirror. 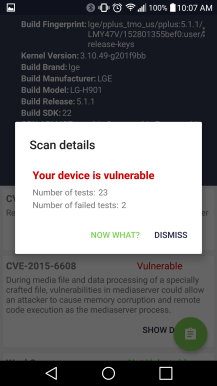 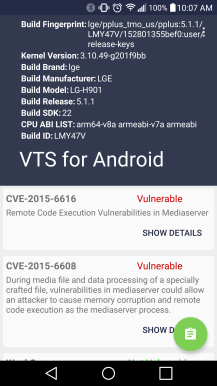 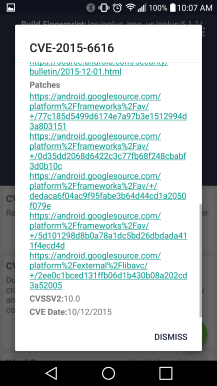 If you sideload VTS, you'll immediately notice it's much cleaner and better designed than most security apps. It scans your device and lists the status of recent known vulnerabilities with descriptions of the issue (eg. Stagefright). It even links to AOSP patches when relevant. It seems like a pretty useful app, and it's harder to get now.

The NowSecure team was notified of the removal on Monday and has already filed an appeal to no avail. The app had 50k-100k downloads and 4.2 stars before being removed, and it's completely open source. There's (edit: okay, it's less likely) it was doing anything malicious as anyone can look at the code. The Play Store is Google's turf, but it'd be nice to see a reversal on this, or at least a real explanation.

This is what Google said about the removal. Basically, to test for vulnerabilities the app had to "cross a security boundary" that Google didn't like.

[N-E-W G-A-M-E] Maxwell Doodles A Copy Of Scribblenauts Unlimited In The Play Store, Will Turn ...