Out with the old and in with the new. That's just about the best way to describe the latest update to the Google app for Android TV. Version 2.0 doesn't seem to bring much in the way of features, but what it lacks in functional changes is more than made up for with visuals. Basically everything having to do with a search interface looks at least a little different, if not completely. If you're eager to try it out for yourself, there's an APK Mirror link at the bottom. Otherwise, take a gander at a few screenshots below. 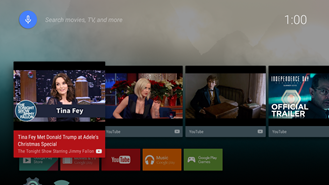 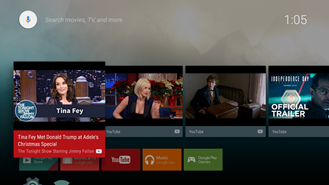 Say goodbye to the floating blue microphone icon – it has been replaced by the multi-color microphone from Google's recent rebranding. 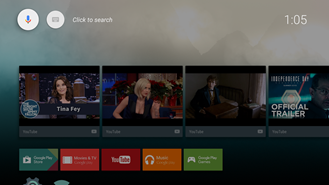 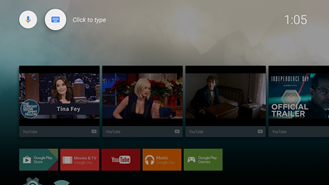 If you arrow up to the microphone, a keyboard icon now appears next to it. Select it and you can use a keyboard to perform a search. This is functionally identical to the old design which had a search bar next to the microphone, but it looks very different. The new look even involves the same number of clicks. I expect this will be more intuitive though, since it wasn't always obvious that the search bar would launch a keyboard. 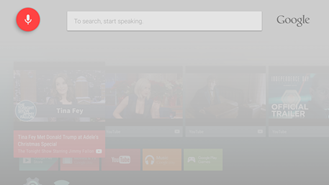 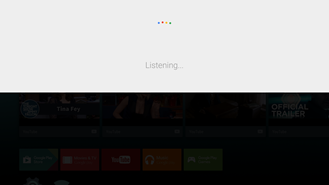 The voice search prompt with a full-screen white tinted overlay has been traded out for something closer to the style we now see on a phone. There's a full opacity white cover at the top of the screen with voice print animations inside, and a very dark tint overlay at the bottom of the screen with only a hint of content showing through. 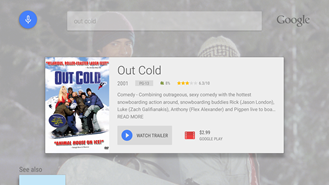 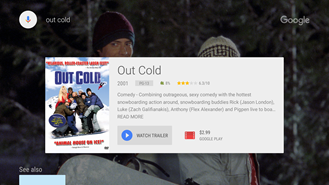 Search results went through a similar change, trading the white background tinting for something dark. Google's current branding guidelines generally call for a lot of bright colors on white backgrounds, but these changes do a pretty good job of reducing excess light on the one screen that's almost always going to be viewed in a low-light room. 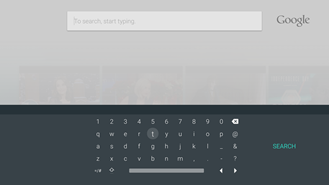 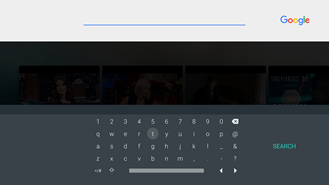 And the same changes were made to the keyboard search screen. This is the only screen where I feel like the changes don't work.