Now you can relive endless hours of instant death thanks to a successful Kickstarter campaign. Shadowgate has been revived on Steam, and now on Android. The fantastic new edition that keeps the room-by-room, text-driven soul of the original, but adds gorgeous 2D sprite graphics that look like they're bursting off of the page. The remastered version has fully scripted cutscenes, all-new music, a choice of touchscreen interfaces, and a "retro mode" that uses pixelated graphics and the original beep-boop score. All that said, the game's core design and structure have been maintained. The Android version of Shadowgate is five bucks, more than reasonable considering its lack of in-app purchases and advertising - it's good to see that someone can make a spiffy new version of a classic game without arbitrarily stapling the trappings of modernity (yes, EA, I am looking at you). Though it's compatible with all Android devices running 2.3 or later, the developers recommend a tablet or a phone with a large screen, and looking at the tiny text in the screenshots, I would too. 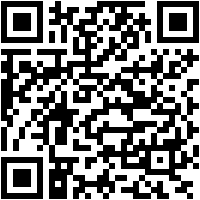 M&T Bank Customers Can Now Use Android Pay, PenFed Starts Rolling Out Support For Both Android ...