Google Play's branded Music app has had Pandora-style thumbs up and thumbs down controls, applicable to your local and cloud music as well as streaming radio stations, for quite a while. But they're not all that easy to get to: aside from the "now playing" screen and the homescreen widget, the functionality isn't all that obvious. The latest update to the app puts those recommendation tools front and center, right on the notification and lockscreen controls.

We're actually looking at two Google Play Music updates here: version 6.2.2220U.2476962 and the slightly newer 6.2.2221U.2480853. Both of them are nearly identical with one notable exception. The expanded "double sized" notification has both thumbs up and thumbs down buttons for both versions, but in the earlier update, a single thumbs up button replaces the track back button on the slimmer "single sized" version. Observe: on the left is the double notification for both versions, in the middle is version 2220U, and on the right is 2221U. 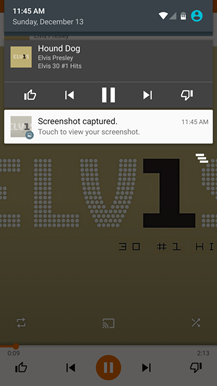 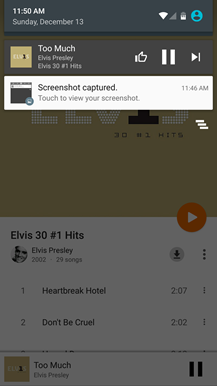 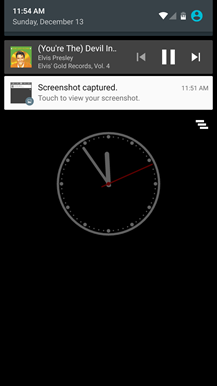 The earlier version seems less than ideal, since this combined slim control hobbles both standard play controls (by removing the back function) and the recommendation tools (by forcing users to expand the notification if they want to register a thumbs down). Since the later version came just a few days after 2220U, I'm going to assume that someone at Google felt the same way. As such, the newer version is linked below.

If there are any other major changes in the app, they're not immediately apparent. We'll keep a lookout for anything interesting in the official changelog.

[Weekend Poll] Are You Buying A Pixel C?